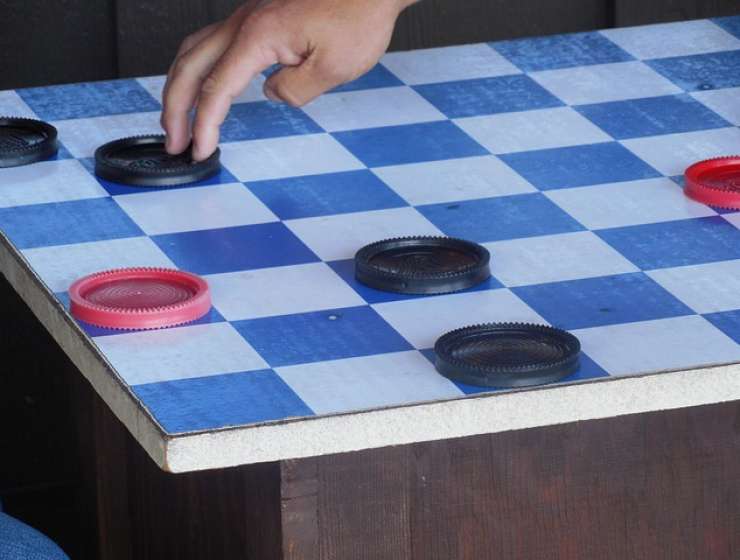 After reading Jeff Sonas' article on whether computers are getting stronger at chess, and the reactions of the geeks on slashdot, it reminded me of some interesting research in checkers.

For those of you who don't know already, Checkers ("draughts" in Ireland and the UK) is played on 8x8 board, pieces move diagonally forward, one square at a time, and capture by jumping over and enemy piece. If a piece reaches the back rank, it is promoted to a king, which can move backwards as well as forwards. Other versions of the game, such as "Damen" in Germany are more popular in Europe and Russia.

From a mathematical game theory point of view, checkers is a simpler game than chess. There are only 5x1020 positions (5 with 20 zeros after it) in checkers, whereas chess has at least 1040 positions. Thus, we have a better chance of completely solving checkers than chess. However, that does not mean that checkers is easier (or harder) to play than chess.