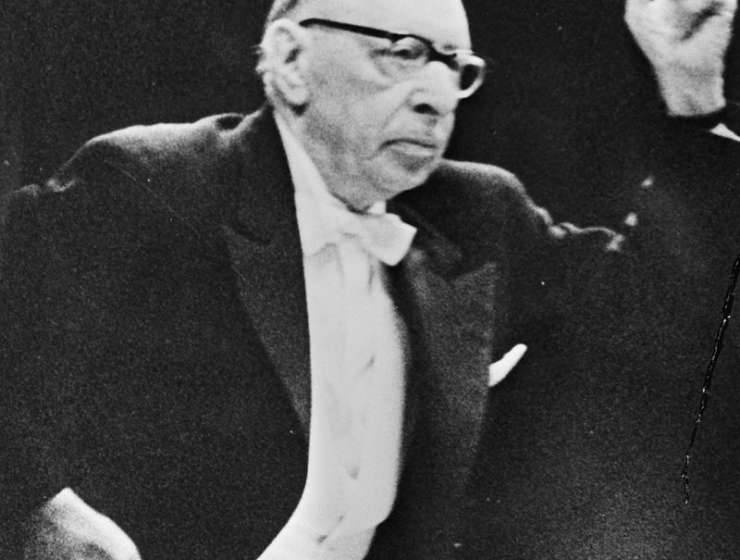 1
222
0
Igor Stravinsky: On Assessing the Greatness of a Composer
Music

At the time of [Igor] Stravinsky’s death on April 6, 1971, at the age of 88, the speculation among critics centered quite naturally on his legacy. Would his music survive into the next century and perhaps well beyond that? Looking back, what had been the substance and scale of his influence? Had he been, perhaps, in Western art music, the last of the “great composers”?

Stravinsky was certainly the most celebrated composer of the 20th century and possibly the greatest as well, if by “greatest” we mean “deepest,” as in the depth of the feelings or emotions stirred by his music. Fame arrived early with the three ballets—The Firebird (1910), Petrushka (1911), and The Rite of Spring (1913). The popular success of these ballet scores, overshadowing that of all other classical music of the past century, brought the composer international stardom at the age of 28. And this early success has proved lasting: to this day, the early ballets, along with other Stravinsky music, is performed in concert halls, opera houses, and ballet theaters the world over. Stravinsky and his music are still in vogue, in other words, still very much a part of the contemporary scene.

At the same time, the twists and turns of his creative path were impulsive and contradictory. To many critics and listeners at the time, they seemed incomprehensible. While the stereotypical three-part division may readily be inferred from his music, the radical nature of the changes accompanying the three divisions or “stylistic periods” was unprecedented. Each of the three periods—Russian, neoclassical, and serial—seemed to negate (and even to betray) the one that preceded or succeeded it. Stravinsky’s neoclassicism of the 1920s, 30s, and 40s seemed a disavowal of the earlier folkloristic idioms, while serialism seemed a contradiction of his neoclassical ideals.

Story Continues
simplycharly.com
What Do You Think Of That Genius?