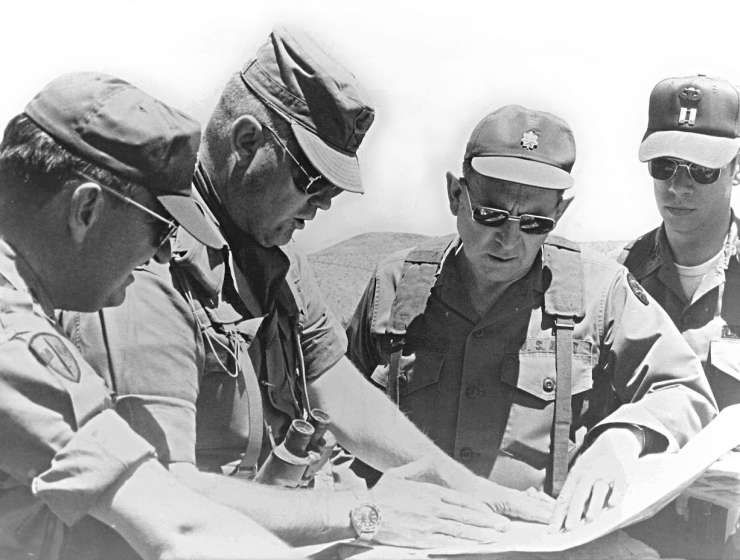 In 1966, an athletic and popular West Point junior-year cadet who preferred playing poker to his engineering studies was about to be kicked out of the prestigious military academy. The line that reeled in the rebellious student would come from none other than H. Norman Schwarzkopf, who in the first Gulf War commanded one of the largest international forces since the Second World War.

Just back from his posting in Vietnam, the then-Major Schwarzkopf took the young Lee under his wing and taught him the discipline and leadership skills that he would later employ as a soldier, a scholar, an educator and an attorney. Lee is also a best-selling author. China Boy, his 1991 fiction (that is also part memoir) about growing up in the 1950s was hailed by the San Francisco Chronicle as a “modern classic.”

Lee’s 40-year relationship with Schwartzkopf, who he called the “Bear,” is the subject of a new book With Schwarzkopf: Life Lessons of the Bear that tells the untold story of the years when the general counseled his young mentee and his classmates. “Beneath the lessons, the Bear had pounded into our chests the immutable principle that life had always been about leadership, that it would always be about leadership, and as this would require our integrity and courage, we should be about the work of learning how to improve both,” Lee writes. The author spoke with Smithsonian.com about the general, West Point in 1960s and how his own life is grounded by Schwarzkopf’s unwavering principles.