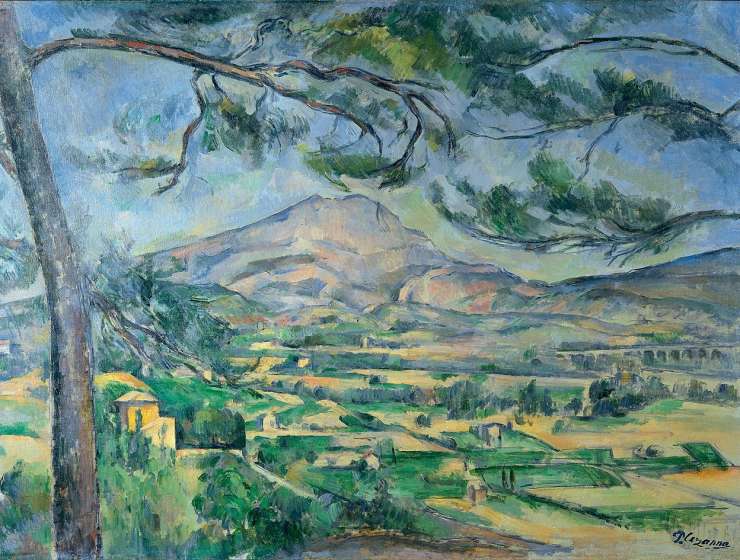 Paul Cézanne, the famed Post-Impressionist who painted a range of subjects in natural and domestic spaces, may now rank among the most celebrated artists of the 19th-century, but he didn’t always have that reputation. In fact, he was relatively obscure in the French art world until the later years of his career. Today, however, Cézanne’s masterful still lifes, landscapes, and portraits are recognized for their ineffable alchemy, which the artist often achieved through the use of skewed perspectives that alienated some critics during his lifetime. Below is a guide to the artist’s life and career, from his time under the tutelage of Pissarro to a look at some of his most notable series.

Cézanne’s father had hoped his son would become a lawyer, not an artist.

Born in Aix-en-Provence in 1839, Paul Cézanne was the first child of Louis-Auguste Cézanne, a successful banker. His father wanted him to pursue a career as a lawyer, but Cézanne had cultivated creative ambitions early on in his youth. Starting in 1857, the artist took classes at a drawing school attached to the Musée d’Aix (now known as the Musée Granet), and one of his childhood friends was the writer Émile Zola. He did a two-year stint at law school that ended in 1861, at which time he began visiting Zola in Paris and immersing himself in the city’s art world. The following year, Cézanne moved to the French capital to study at the Académie Suisse, where he would meet the painter Camille Pissarro, who influenced Cézanne’s practice, style, and techniques. Cézanne was also deeply impacted by the Old Masters paintings he encountered at the Louvre, as well as works by Eugène Delacroix and Gustave Courbet.

Story Continues
artnews.com
What Do You Think Of That Genius?