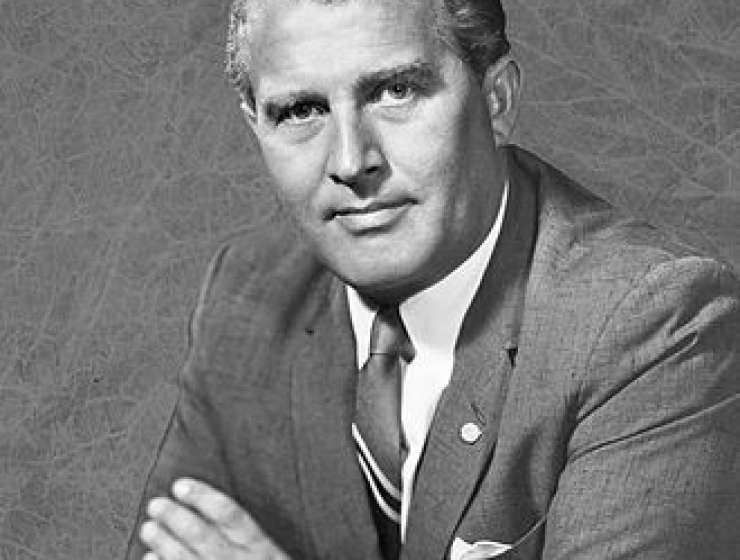 Sporting a gray double-breasted suit, slicked-back curls and a slide rule, rocket engineer Wernher von Braun cuts a suave, authoritative figure in Disney’s 1955 television special Man and the Moon. Speaking with a German accent, the then-director of development at the U.S. Army Ballistic Missile Agency in Huntsville, Ala., uses a series of models and illustrations to explain how America will reach the moon — with the aid of an enormous nuclear-powered space station, of course.

The United States eventually planted a flag on the lunar surface, though without the help of any orbital reactors. And all through the Space Race, von Braun, a German scientist scooped up by the U.S. in the waning days of World War II, was the public face of the American space program, as well as one of its chief architects. But much of the Cold War-era coverage of von Braun downplayed the darker details of his past: before he was building rockets for America, he was building them for Hitler. Germany launched more than 3,000 missiles of his design against Britain and other countries, indiscriminately killing approximately 5,000 people, while as many as 20,000 concentration camp prisoners died assembling the weapons.