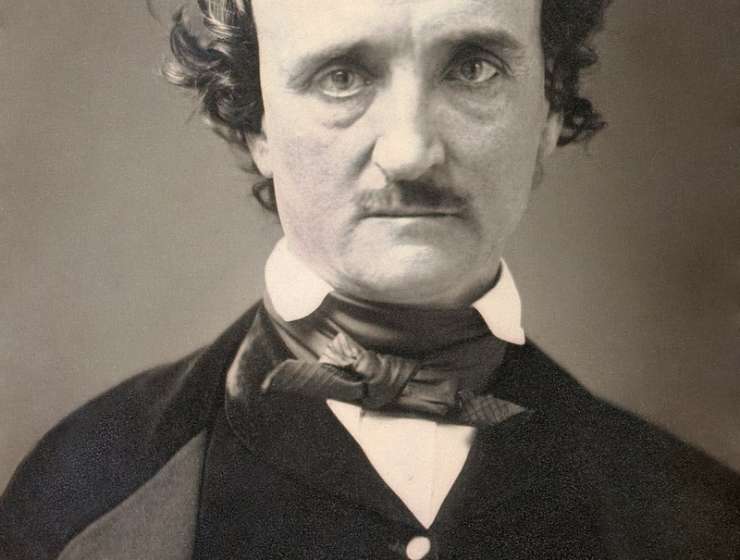 Elisabeth Becker went all the way from Wisconsin to Philadelphia last July to introduce her two young children to America’s sacred text—not the Declaration of Independence, but Edgar Allan Poe’s “The Raven.” She walked the kids into one of the most important shrines of the Poe cult, a dark and dreary hallway in the Central Library, and sat them in front of a glass case holding Grip, the raven believed to have inspired Poe’s great poem, published in 1845. Becker, sitting on the floor with her charges, read aloud from a pop-up book of “The Raven.” Then she posted the photos on Facebook, where more than a million fans of some 100 Poe-themed Facebook pages lurk.

It was just another suitably weird tribute to the most influential American author ever, a literary brand beyond the considerable dreams of Twain, Melville, Wharton, Whitman, Hemingway and Fitzgerald. Like The Great Gatsby and Moby-Dick, Poe’s The Fall of the House of Usher and The Cask of Amontillado are among the top 100 books assigned in American college English classes. But Poe is not confined to scholarly debate; each January 19 hundreds of Poe fans mark his birthday (1809) with pilgrimages to Poe sites in Philadelphia, Baltimore, New York and Richmond.

The stories and poems scribbled by the half-mad Romantic have shaped our national obsession with tales of chaos and darkness. Says Kirsten Mollegaard, an English professor at the University of Hawaii at Hilo who has examined Poe’s fame: “No other American writer has had as enduring and pervasive an influence on popular culture.”