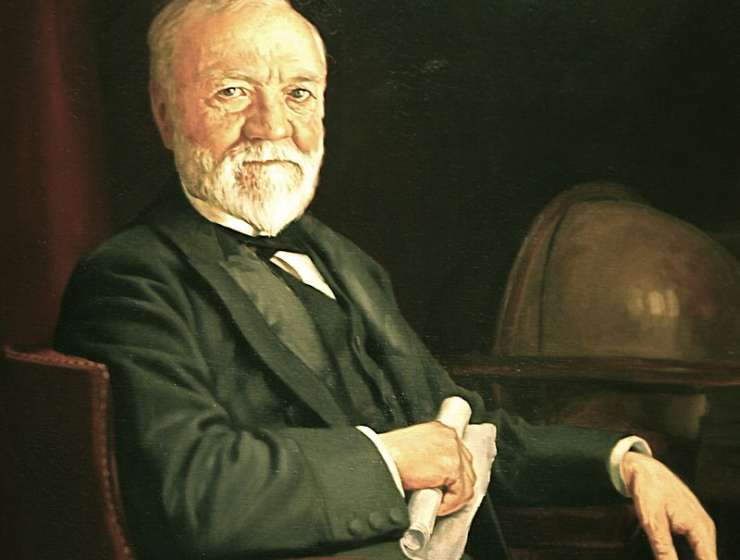 Andrew Carnegie was once the richest man in the world. Coming as a dirt poor kid from Scotland to the U.S., by the 1880s he'd built an empire in steel — and then gave it all away: $60 million to fund a system of 1,689 public libraries across the country.

Carnegie donated $300,000 to build Washington, D.C.'s oldest library — a beautiful beaux arts building that dates back to 1903. Inscribed above the doorway are the words: Science, Poetry, History. The building was "dedicated to the diffusion of knowledge."

It opened in 1903 to women, children, all races — African-Americans remember when it was the only place downtown where they could use the bathrooms. During the Depression, D.C.'s Carnegie Library was called "the intellectual breadline." No one had any money, so you went there to feed your brain. Washington writer Paul Dickson, author of The Library in America, says the marble palace was an early and imposing Capitol institution.