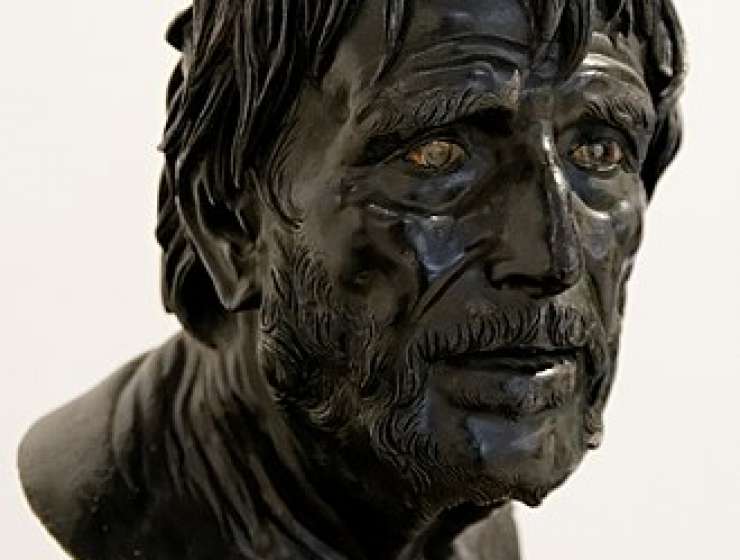 This presentation examines what is said about the life and times of the poet Hesiod in two sets of ancient sources. The first set is the actual poetry ascribed to Hesiod, primarily the Theogony and the Works and Days. As for the second set, it consists of ancient texts that were external to that poetry.

On the basis of passages in Hesiodic poetry that refer to Hesiod (Theogony 22–34; Works and Days 27–41, 646–662), the following “biography” has been reconstructed in an introductory work intended for nonexperts:

Out of these passages a skeletal biography of Hesiod can be constructed along the following lines. The son of a poor emigrant from Asia Minor, born in Ascra, a small village of Boeotia, Hesiod was raised as a shepherd, but one day, without having had any training by human teachers, he suddenly found himself able to produce poetry. He attributed the discovery of this unexpected capability to a mystical experience in which the Muses themselves initiated him into the craft of poetry. He went on to achieve success in poetic competitions at least once, in Chalcis; unlike his father, he did not have to make his living on the high seas. He quarreled with his brother Perses about their inheritance, accusing him of laziness and injustice.

Story Continues
chs.harvard.edu
What Do You Think Of That Genius?