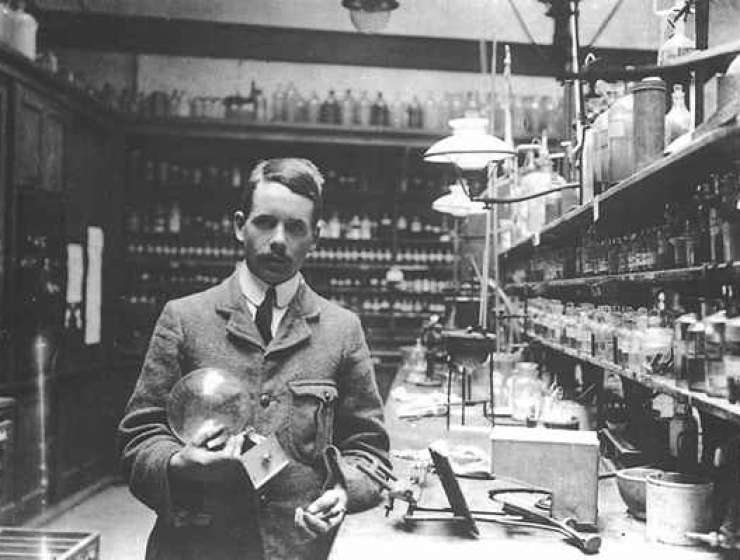 Just over 100 years ago, Henry Moseley carried out a systematic series of experiments which showed that the frequencies of the X-rays emitted from an elemental target under bombardment by cathode rays were characteristic of that element and could be used to identify the charge on its atomic nucleus. This led to a reorganization of the periodic table, with chemical elements now arranged on the basis of atomic number Z rather than atomic weight A, as had been the case in previous tables, including those developed by Mendeleev. Moseley also showed that there were four ‘missing elements’ before gold. With further measurements up to uranium Z = 92, the Swedish physicist Manne Siegbahn identified two more missing elements.

This paper provides an introduction to Moseley and his experiments and then traces attempts to ‘discover’ missing elements by X-ray spectroscopy. There were two successes with hafnium (Z = 72) and rhenium (Z = 75), but many blind alleys and episodes of self-deception when dealing with elements 43, 61, 85 and 87. These all turned out to be radioactive, with extremely small natural abundances: all required synthesis by a nuclear reaction, with radiological characterization in the first instance. Finally, the paper moves on to consider the role of X-ray spectroscopy in exploring the periodic table beyond uranium. Although the discovery of artificial radioactive elements with Z > 92 again depended on nucleosynthesis and radiological characterization, measurement of the frequencies or energies of characteristic X-rays remains the ultimate goal in proving the existence of an element.