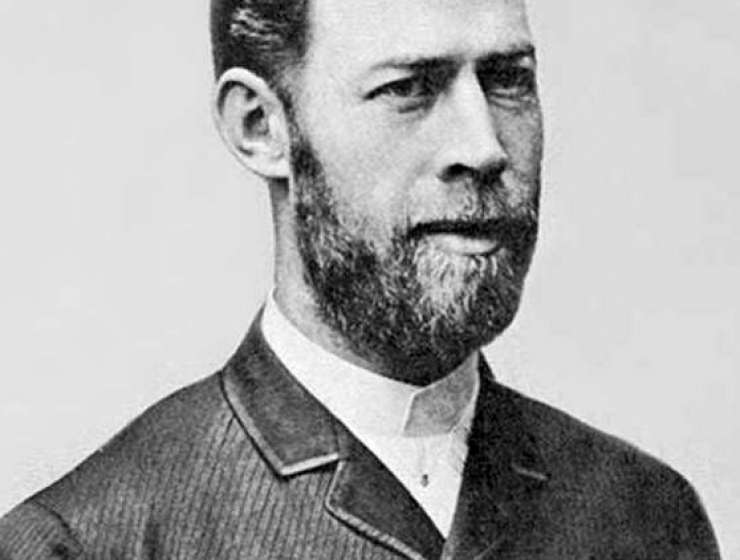 Modernity stands on the shoulders of ancestors. Their historical foundations support and inspire our today. In 19th century Germany, Heinrich Rudolf Hertz was such a historical person. Hertz, a brilliant physicist, had the ability to integrate theoretical book knowledge with fundamental bench experimentation. Hertz's eclectic talents and research accomplishments ranged from drafting in architecture to meticulous manipulation of standard laboratory equipment often redesigned for his relentless curiosity (Buchwald 1994). He was the first to conclusively prove the existence of electromagnetic waves with precise experimental procedures and instrumentation he engineered to generate and detect waves (radio pulses) across space. His touchstone research verified Maxwell's theory and proved that all forms of electromagnetic radiation are propagated as waves at a finite velocity – the speed of light (Heinrich Hertz 2012). In recognition of his pivotal discoveries, Hertz's name is the universal synonym for frequency.

Categorizing electroencephalographic (EEG) patterns by frequency is the primary emphasis of an EEG recording. The distribution of frequencies, amplitude, and polarity of electrocerebral potentials as recorded on the computer screen and/or graph paper result from numerous electrical fields of neuronal dipoles. Hertz's images drawn as the paper dipole remain the standard method for describing electrocerebral dipoles and the electrical fields of epileptiform activity recorded on a patient's electroencephalograph.