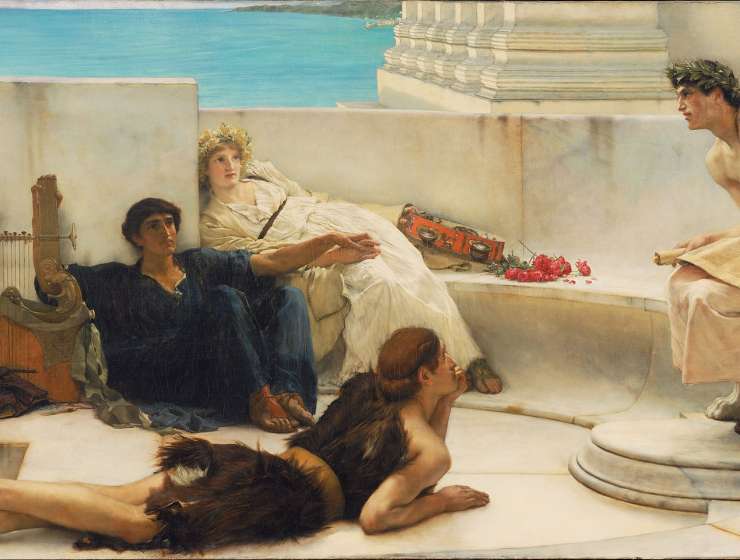 As recently as 1980, when I was living in a small village in Greece, I heard the oral tradition at work. A great keening of women erupted in the house across the dirt road, informing me that my elderly neighbor, Erasmia, had died. They were singing the dirges called moirológia, “fate-songs,” spontaneous compositions based on traditional patterns, the 15-syllable line of Greek poetry, with heroic epithets about the dead. To my unaccustomed ears, such poetry sounded like the high-pitched murmur of bees.

This memory came to mind when reading “Hearing Homer’s Song,” Robert Kanigel’s biography of Milman Parry, the revolutionary scholar of the oral tradition, whose death in 1935 of a gunshot to the heart remains the stuff of myth. Mr. Kanigel has made a career of writing books about eccentric geniuses, such as the urbanist Jane Jacobs and the mathematician Srinivasa Ramanujan. The latter book, “The Man Who Knew Infinity,” was made into a movie starring Dev Patel and Jeremy Irons. A film of “Hearing Homer’s Song” might work equally well, given Parry’s relatively adventurous life and violent death, at 33, in a Los Angeles hotel room. A pistol was found in his suitcase, still holstered, wrapped in a powder-burned shirt. Did it go off accidentally? Did he deliberately shoot himself or was he murdered by his wife, Marian, who often expressed disappointment in her marriage? The death was ruled accidental in the coroner’s report, though according to Mr. Kanigel “homicide” and “suicide” were “both physically inked out.”