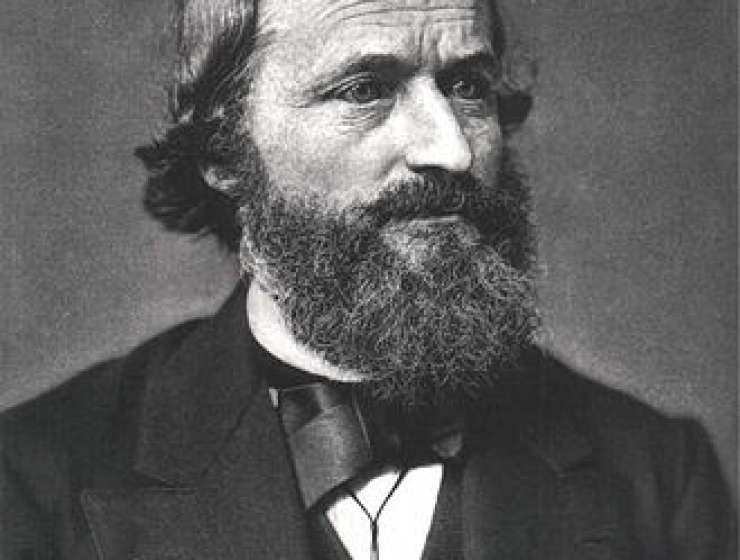 Gustav Robert Kirchhoff was born in Königsberg, East Prussia, to his father Friedrich Kirchhoff, a law councillor in Königsberg with a strong sense of duty to the Prussian state, and his mother Johanna Henriette Wittke. The family were part of the flourishing intellectual community in Königsberg, where he also enrolled at the Albertus University. He took classes of Franz Neumann and Friedrich Julius Richelot. Neumann’s interests were at this time firmly in mathematical physics and, at the time Kirchhoff began to study at Königsberg, Neumann had become interested in electrical induction.

It is said, that Kirchoff’s rare mathematical talent adapted him to the use of analytical aids to such an extent that he could always readily bring the best methods to the solution of any problem. In 1847, Kirchhoff graduated and married Richelot’s daughter Clara. In the same year, the couple moved to Berlin, where Kichhoff worked as a private teacher. He taught at Berlin in an unpaid post from 1848 to 1850, and it was while he was working in Berlin that he corrected the accepted understanding of electric currents and electrostatics. In 1850 he received an extraordinary professorship at the University of Breslau.