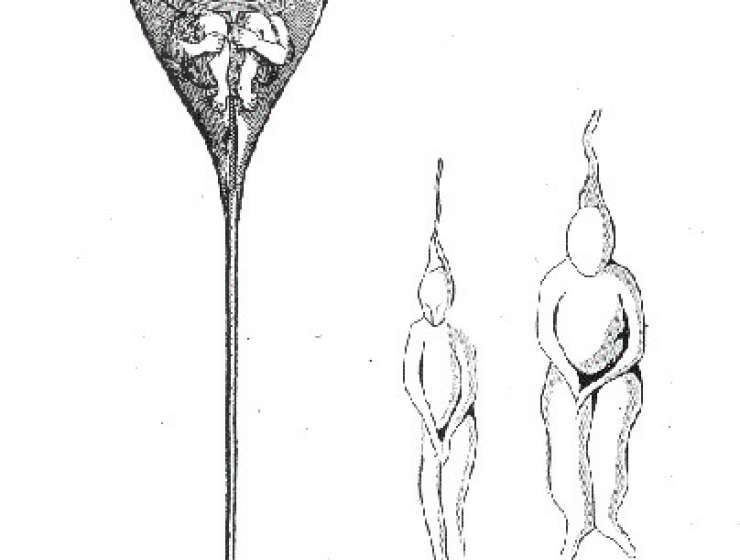 If there is one thing that I remember with mixed feelings from my biology classes, it is Nicolaas Hartsoeker's drawing of the homunculus from 1694, which shows a tiny man curled up inside a sperm, or animalcules as they were called then. Finally, a clear male contribution to human life had been discovered in the form of sperm, first observed under the microscope by Antonie van Leeuwenhoeck and his students, among them Hartsoeker.

Quickly, the idea came up that sperm could carry a miniature human being, which led to Hartsoeker's iconic sketch of the homunculus. Some researchers of the time even claimed to have seen preformed humans inside the sperm, and that the sperm of different species resembled the future animals they would give rise to.