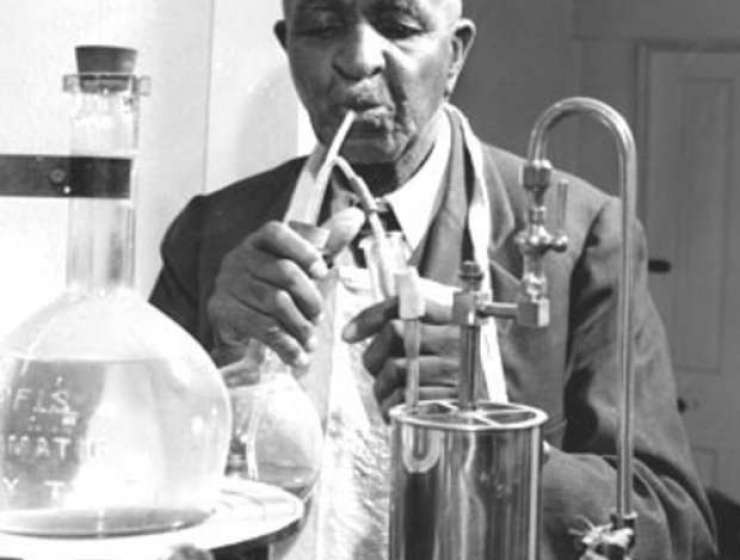 To George Washington Carver, peanuts were like paintbrushes: They were tools to express his imagination. Carver was a scientist and an inventor who found hundreds of uses for peanuts. He experimented with the legumes to make lotions, flour, soups, dyes, plastics, and gasoline—though not peanut butter!

Carver was born an enslaved person in the 1860s in Missouri. The exact date of his birth is unclear, but some historians believe it was around 1864, just before slavery was abolished in 1865. As a baby, George, his mother, and his sister were kidnapped from the man who enslaved them, Moses Carver. The kidnappers were slave raiders who planned to sell them. Moses Carver found George before he could be sold, but not his mother and sister. George never saw them again.

After slavery was abolished, George was raised by Moses Carver and his wife. He worked on their farm and in their garden, and became curious about plants, soils, and fertilizers. Neighbors called George “the plant doctor” because he knew how to nurse sick plants back to life. When he was about 13, he left to attend school and worked hard to get his education.

Story Continues
kids.nationalgeographic.com
What Do You Think Of That Genius?