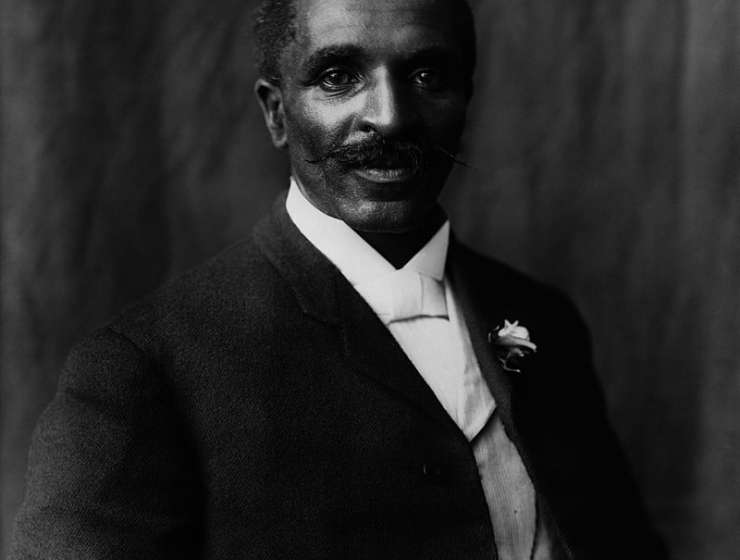 The election of a peanut-growing President has evoked much journalistic analysis of his rural Southern roots. One political observer credited an earlier peanut personality at a black school not far from Plains, Georgia, with “a more important role in Carter’s destiny than latter-day supporters like Andrew Young or Maynard Jackson or Martin Luther King, Sr.” Writing in the Washington Post , Douglass Cater went on to recall how “George Washington Carver, born a slave, set up the primitive laboratory at the Tuskegee Institute to become ‘the father of chemurgy’ and ‘the Peanut Wizard,’ working in tandem with the boll weevil to rid the South of its dependence on the one-crop cotton economy.…Carver demonstrated that the lowly ‘goober’ not only could enrich soil exhausted by cotton growing…but held myriad commercial uses. Spurred by Dr. Carver, peanut farming transformed the economy of Sumter County and lifted the Carter family out of its hard-scrabble existence.”

George Washington Carver was among the best-known American figures of this century and perhaps the single most renowned black American of his time. A white society unaccustomed to ascribing brilliance to blacks acclaimed him a genius. “Professor Carver has taken Thomas Edison’s place as the world’s greatest living scientist,” Henry Ford announced near the end of Carver’s life; Senator Champ Clark of Carver’s native Missouri called him “one of the foremost scientists of all the world for all time.” Upon Carver’s death in 1943, Congress passed and President Roosevelt signed legislation making his birthplace a national monument—an honor previously granted only Washington and Lincoln. Last spring Carver was enshrined in the Hall of Fame for Great Americans in New York City.

Story Continues
americanheritage.com
What Do You Think Of That Genius?