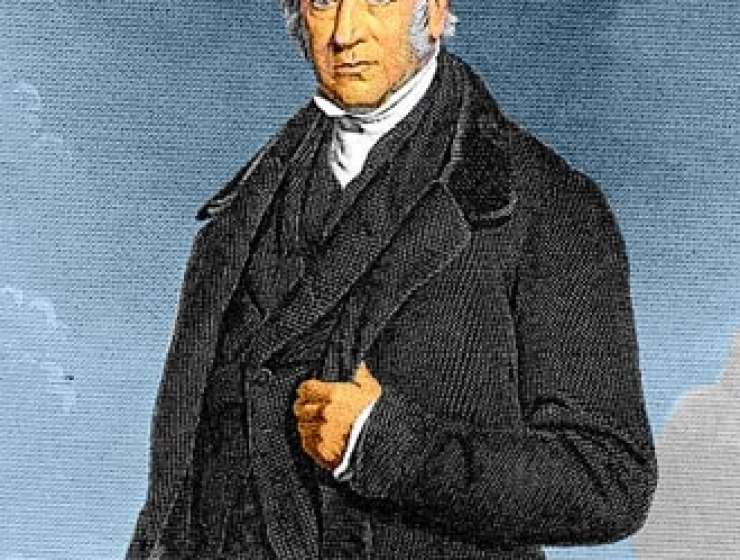 Within a few years of his death in 1848 George Stephenson was called ‘the father of the railways’, but that accolade has been challenged because there were other engineers involved in the development of the world’s first railway system. The most notable was Robert Trevithick, a Cornishman, who in 1803 built the first steam locomotive to run on rails, which were essential because an adequately powerful engine was too heavy for roads or wooden tracks. Others followed his lead and Christian Wolmar in his book The Great Railway Revolution suggests that Stephenson, who had a talent for improving other people’s ideas, was not so much the father of the railways as their midwife. Father or midwife, George Stephenson rose to fame from humble beginnings.

He was born at Wylam in Northumberland in 1781, the son of illiterate working-class parents. His father worked in the Wylam colliery and so did young George from his early teens. He never went to school, but at 18 he was teaching himself to read and write (though writing would never be his strong suit) and was also getting basic tuition in arithmetic. He worked at various other collieries in the area in the early 1800s, including the one at Killingworth north of Newcastle, and developed such skill with engines that in 1812 he was appointed ‘engine wright’, or chief mechanic, at Killingworth. There in 1814 he built a locomotive called Blucher (often spelled Blutcher) in honour of the Prussian general, which could haul eight waggons loaded with 30 tons of coal at a speed of four miles per hour. Not content with that, he soon dramatically improved the engine’s steam system to give it greater pulling power. It was this that made Blucher the first fully effective steam railway locomotive.