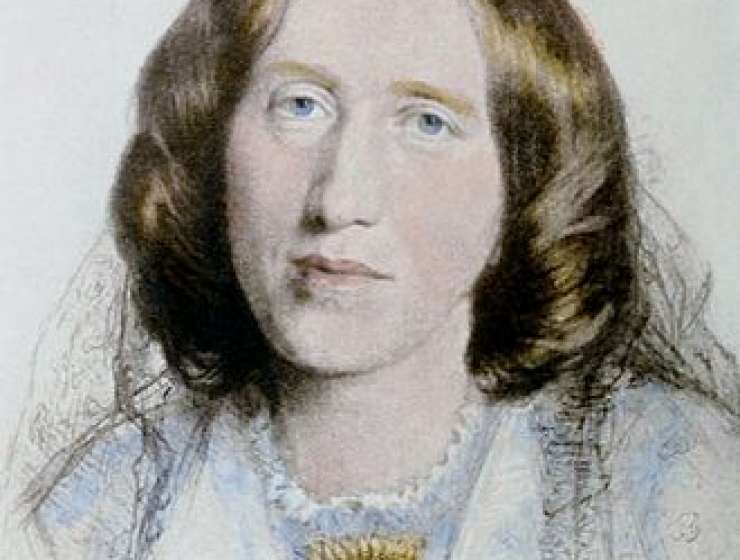 A woman sits engrossed in her reading, long hair hanging loose at her shoulders, feet slung over the arm of a chair. However you imagine George Eliot, it’s probably not like this. The few existing portraits of the novelist fix her in an era far removed from our own, conveying an ethereal gravity that jives with the reverential image peddled after her death in 1880.

It was thanks largely to a capacious biography by her financial advisor and, briefly, husband, John Cross that Eliot came to be posthumously lauded as what literary biographer Lyndall Gordon dubs a “wise angel”, one whose shadow would for a long time obscure the earthier, more radical aspects of her personality and experience. Yet for her fellow writer and sometime housemate, William Hale White, she remained fixed in his memory as the kind of woman who thought nothing of assuming that most un-Victorian of poses. “She was really one of the most sceptical, unusual creatures I ever knew,” he recalled, describing her sitting in this way and calling her an “insurgent” writer.

On the bicentenary of her birth, White’s impressions serve as a reminder that while her novels are enduringly essential, certain aspects of Eliot’s life – its challenges, its scandals, its joys – convey equally timeless wisdom. In her fiction, she gave us unforgettable female characters whose travails continue to inform readers about ambition, love, and the importance of resisting convention; through her life, she teaches us about daring to grasp happiness even when it comes at a cost, about staying true to yourself and believing that it’s never too late – and about the importance of an open mind.