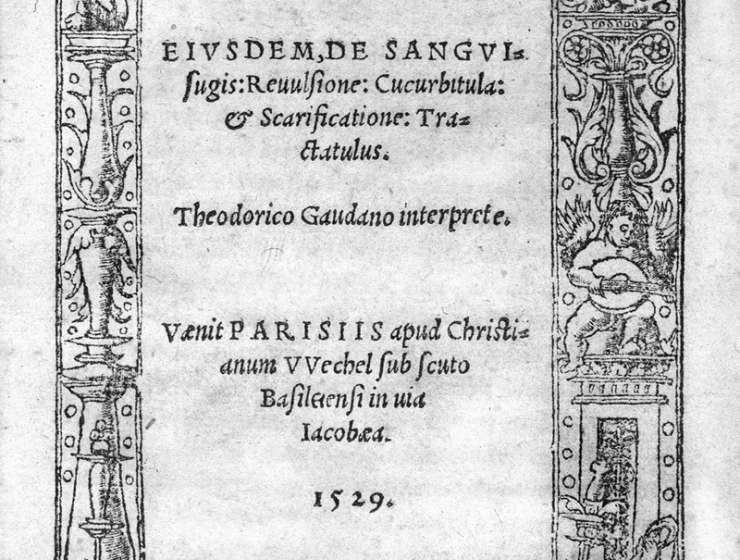 1
225
0
Galen and the beginnings of Western physiology
Medicine

Galen (129–c. 216 AD) was a key figure in the early development of Western physiology. His teachings incorporated much of the ancient Greek traditions including the work of Hippocrates and Aristotle. Galen himself was a well-educated Greco-Roman physician and physiologist who at one time was a physician to the gladiators in Pergamon. Later he moved to Rome, where he was associated with the Roman emperors Marcus Aurelius and Lucius Verus. The Galenical school was responsible for voluminous writings, many of which are still extant. One emphasis was on the humors of the body, which were believed to be important in disease.

Another was the cardiopulmonary system, including the belief that part of the blood from the right ventricle could enter the left through the interventricular septum. An extraordinary feature of these teachings is that they dominated thinking for some 1,300 years and became accepted as dogma by both the State and Church. One of the first anatomists to challenge the Galenical teachings was Andreas Vesalius, who produced a magnificent atlas of human anatomy in 1543. At about the same time Michael Servetus described the pulmonary transit of blood, but he was burned at the stake for heresy. Finally, with William Harvey and others in the first part of the 17th century, the beginnings of modern physiology emerged with an emphasis on hypotheses and experimental data. Nevertheless, vestiges of Galen's teaching survived into the 19th century.