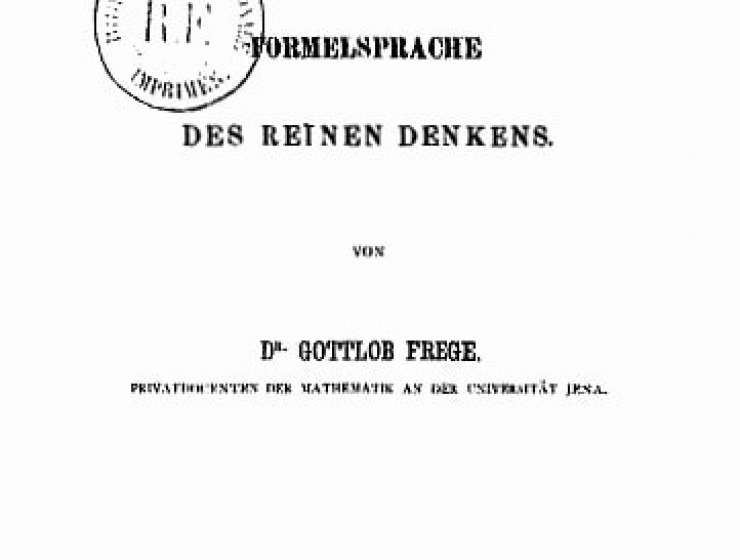 Gottlob Frege was arguably the first to establish a formal system of logic in an essentially modern sense. In the course of justifying his logicist thesis, he created a formal language to represent propositions in a perspicuous way and devised deductive systems that enabled him to represent gap-free derivations. From a contemporary point of view though, Frege’s presentations also contain some striking lacunae. Frege never precisely defined a semantics for his formal systems in the now-standard way, he never defined a relation of logical consequence in terms of this semantics, and he never explicitly raised the question of whether his systems are sound and complete with respect to this consequence relation in a way we’ve grown accustomed to.

According to an influential tradition in Frege-scholarship, tracing back to Van Heijenoort (1967), these omissions are no coincidence. According to this tradition, they are expressions of a fundamental trait in Frege’s conception of logic, his universalism, which prevented him from stepping outside his systems and raising metalogical questions, specifically questions relating to semantics. Tom Ricketts, for example, claims that “anything like formal semantics, as it has come to be understood in light of Tarski’s work on truth, is utterly foreign to Frege” (Ricketts 1986, p. 67). In particular, according to this interpretive tradition, Frege was unable to make sense of all forms of reasoning that involve the idea of ‘reinterpreting’ non-logical terms.Footnote1 James Conant notes that “the distinction between a formal system and its interpretation is entirely alien to the Begriffsschrift” and that “questions concerning [a sign’s] disinterpretation or reinterpretation do not arise” (Conant 1992, p. 171, en.  58). Jaakko Hintikka, even more drastically, asserts that “[for Frege] model theory was impossible” (Hintikka 1988, p. 1).