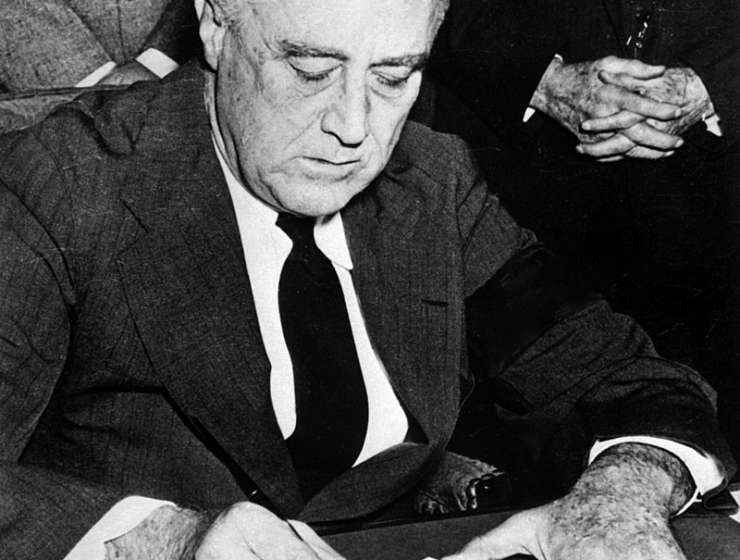 Franklin Delano Roosevelt served as President from March 1933 to April 1945, the longest tenure in American history. He may have done more during those twelve years to change American society and politics than any of his predecessors in the White House, save Abraham Lincoln. Of course, some of this was the product of circumstances; the Great Depression and the rise of Germany and Japan were beyond FDR's control. But his responses to the challenges he faced made him a defining figure in American history.

Americans elected Roosevelt President in 1932 because they believed he could combat the Depression more effectively than his Republican opponent, President Herbert Hoover. Roosevelt promised a "new deal" and he certainly delivered. By implementing a variety of innovative policies, FDR was able to pull the United States away from the brink of economic, social, and perhaps even political, disaster—and lay the foundation for future stability and prosperity.