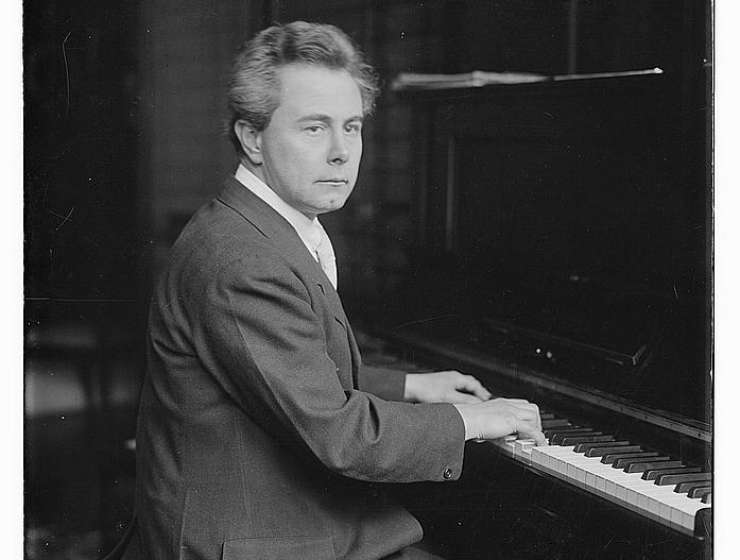 Pianist Josef Hofmann (1876-1957) was born outside Kraków, Poland, to music parents. His father was Kazimierz Hofmann, who was a noted composer, conductor of the Kraków theatre, and professor of piano and harmony at the Warsaw Conservatory; his mother was the singer Matylda Pindelska, who specialized in light opera. Young Josef was a child prodigy, making his recital debut in Warsaw at age 5. In 1886, he played Beethoven’s Piano Concerto No. 1 in Berlin with the Berlin Philharmonic, and in London performed the same work for the Royal Philharmonic Society.

His tour through the US in 1887 and 1888 (at age 10-11) meant 80 concerts, with performances 4 times a week. The tour was cancelled by the Society for the Prevention of Cruelty to Children, citing his fragile health. A private patron offered Hofmann $50,000 (approx. $1.2 million in today’s money) to stay off the performing stage until he was 18. This respite enabled him to study with the pianist and composer Moritz Moszkowski in Berlin, but then began two years of study with his greatest teacher. This someone who also had been an exploited child prodigy and was, by then, considered the greatest living pianist, Anton Rubinstein.