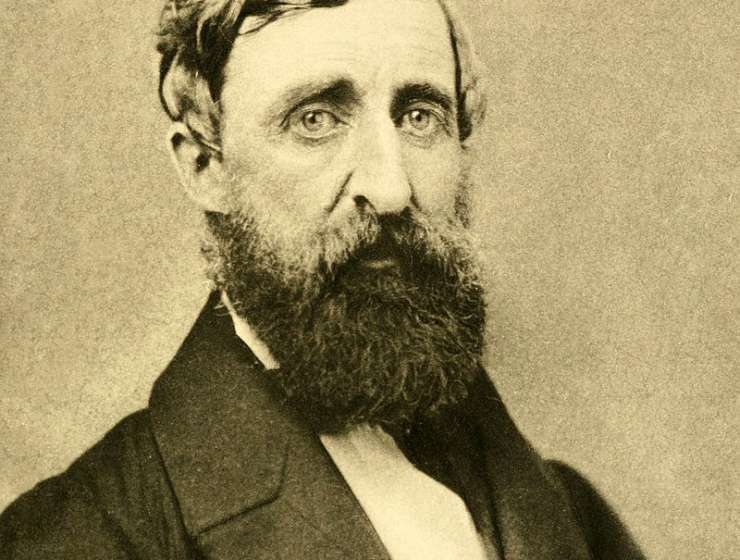 In a prominent national magazine, there appeared an indictment of the late Henry D. Thoreau whose literary stock the indictment’s author judged to be grossly overvalued. It wasn’t just Thoreau’s writing that deserved a take-down; so did the man himself, if in Thoreau’s case one could even distinguish between the two. Thoreau was conceited, indolent, egotistical. Also: a failure, selfish, self-involved, useless, unimaginative, provincial. The indictment compared Thoreau to Montaigne—unfavorably; called him a sophist, a hypocrite, a humorless boor.

He’d spurned humanity’s company, preferring “the society of musquashes,” and therefore didn’t know anything about the mass of men and their quiet desperation. He was a narcissist who looked out at the world and saw his own reflection. He had an unhealthy mind but went about prescribing medicine to others. He was forever nattering on about getting away but remained close to home his entire life. The world did not esteem him as highly as he esteemed himself. The world’s low esteem for him could be measured by the low sales figures of his books. True, Thoreau could turn a phrase, especially when it came to imagery and metaphor. Begrudging compliment paid, the condemnation resumed: Thoreau played at rugged self-sufficiency while squatting on borrowed land, in a house built with a borrowed axe.