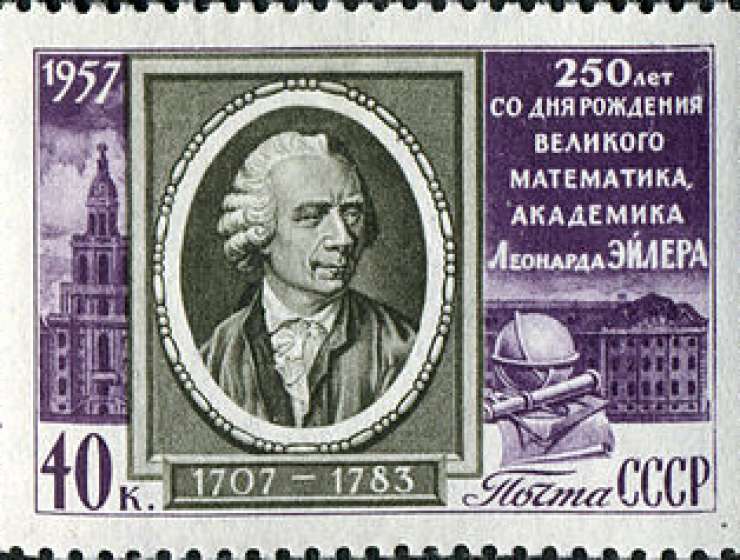 1
179
0
Euler: a mathematician without equal and an overall nice guy
Mathematics

Mathematicians are an odd bunch. Isaac Newton was decidedly unpleasant, secretive and resentful while Carl Friedrich Gauss, according to several biographies, was cold and austere, more likely to criticise than to praise. It is frequently claimed that a disproportionate number of mathematicians exhibit signs of autism and have significant difficulties with social interaction and everyday communication.

It is true that some of the greatest fit this stereotype, but the incomparable Leonhard Euler is a refreshing counter-example. He was described by his contemporaries as a generous man, kind and loving to his 13 children and maintaining his good-natured disposition even after he became completely blind. He is comforting proof that a neurotic personality is not essential for mathematical prowess.

Euler, born in Basel in 1707, showed early signs of genius. He studied with Johann Bernoulli, one of shining stars in a dynasty of brilliant Swiss mathematicians. Euler learned much from Bernoulli and was soon to outshine his brilliant mentor. With little chance of a position in Switzerland, Euler accepted a post at the Imperial Academy in St Petersburg. Over a 14-year stay, he made many innovative advances in mathematics and mechanics. He also lost the sight of his right eye.