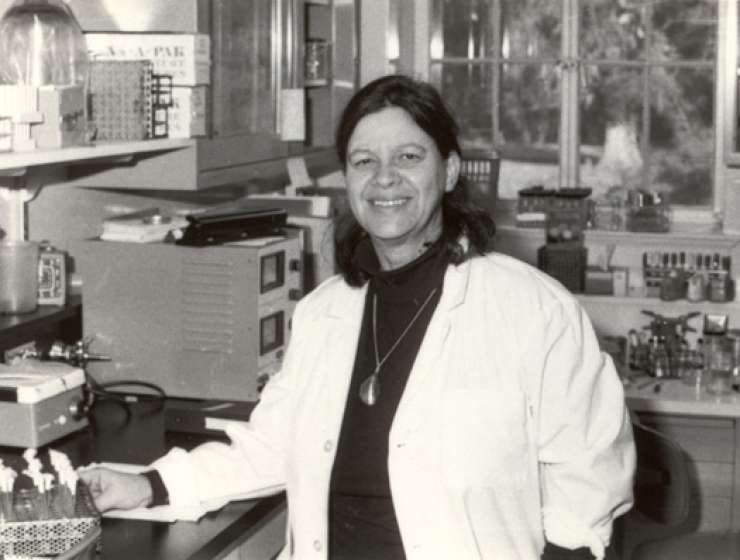 1
339
0
Esther Lederberg and Her Husband Were Both Trailblazing Scientists. Why Have More People Heard of Him?
Biology

Esther Lederberg is standing on an ornate carpet in Stockholm, wearing a ruched gown and a rather serious expression. It’s an unusual getup for the pioneering scientist, who more often wore a lab coat and a wry grin. But it is also an unusual night. The year is 1958, and Lederberg, 35 years old, has been invited to a tony ceremony in Sweden not as a bacterial geneticist but as a wife. Alongside other spouses, she will look on while three men—her first husband, her mentor and another research partner—are jointly awarded the Nobel Prize, for work connected to her own.

“It’s this group of four people who worked on things,” says Rebecca Ferrell, a biologist who has researched Lederberg’s life. “The three guys get the prize, and she gets to put on gloves and a long gown and watch.”

That bittersweet evening is immortalized in photographs viewable online, thanks to Lederberg’s second husband, Matthew Simon. Since Lederberg’s death in 2006, he has dedicated most of his waking hours to building an elaborate memorial website in her honor. It exhaustively catalogs her photographs, her papers, her discoveries, even her extracurricular interests. The project is a labor of love. But it is also an argument: Simon, along with others, believes that Lederberg has been overshadowed and underappreciated because she was a woman. “She should have been given credit,” Simon says, “for what she, in fact, did.”