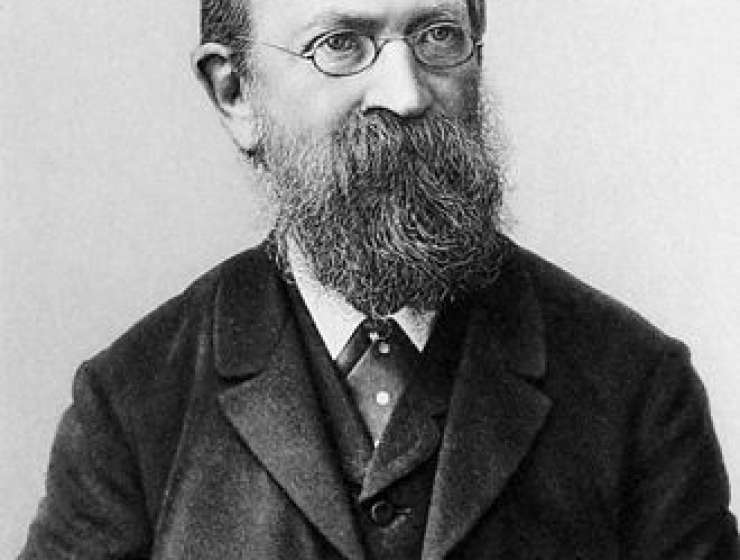 Austrian physicist Ernst Mach (1838–1916) is best known for his 1883 book Die Mechanik in ihrer Entwickelung (The Science of Mechanics), a work widely credited with helping instigate a reconsideration of the Newtonian worldview that led to the formulation of special and general relativity in the early 20th century. Mach’s first critiques of mechanics had been published as early as 1868 and 1872 in studies of mass and inertia. But the section in The Science of Mechanics in which Mach attacks Isaac Newton’s concept of absolute space develops a line of thought begun in 1879. There, Mach responds to Newton’s primary argument for absolute space, the rotating-bucket experiment.

If a bucket of water is set spinning, the walls of the bucket at first rotate relative to the stationary water, and the surface of the water remains level. Then the water starts to rotate also, and it rises toward the walls. When the spinning bucket and water are at rest relative to each other, the water surface is concave. Interactions between water and walls can’t explain the deformation, and Newton argued that the surface concavity demonstrated the bucket’s absolute rotation in space. For Newton, absolute space remained similar and immovable, without regard to anything external, but the experiment showed that the absolute rotation of water could be measured.