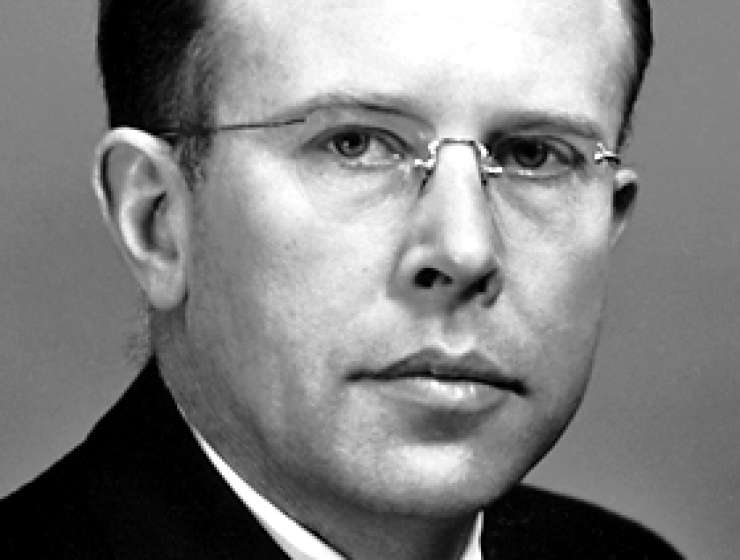 To celebrate 70 years of advancing scientific knowledge, OSTI is featuring some of the leading scientists and works particularly relevant to the formation of DOE, OSTI, and their predecessor organizations and is highlighting Nobel Laureates and other important research figures in DOE’s history.  Their accomplishments were key to the evolution of the Department of Energy, and OSTI’s collections include many of their publications.

Ernest Orlando Lawrence’s love of science began at an early age and continued throughout his life.  His parents and grandparents were educators and encouraged hard work and curiosity.  While working on his Bachelor of Arts degree in chemistry at the University of South Dakota and thinking of pursuing a career in medicine, Lawrence became influenced by faculty mentors in the field of physics and decided instead to pursue his graduate degree in physics at the University of Minnesota.

After completing his Master’s degree, he studied for a year at the University of Chicago, where, Lawrence “caught fire as a researcher,” in the words of a later observer.  After Lawrence earned his Ph.D. in physics at Yale University in 1925, he stayed on for another three years as a National Research Fellow and an assistant professor of physics.  In 1928, Lawrence was recruited by the University of California, Berkeley as associate professor of physics.  Two years later, at the age of 27, he became the youngest full professor at Berkeley.

Story Continues
osti.gov
What Do You Think Of That Genius?