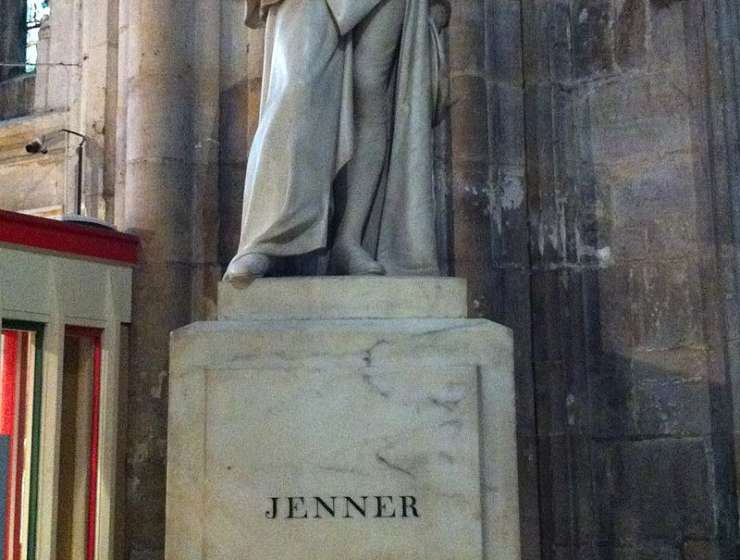 The application and evaluation of variolation during the 18th century represented a major public health advance. However, it had been recognised in south west England that natural infection with cowpox (Variolæ Vaccinæ) also protected against subsequent infection with smallpox. Furthermore, in 1774, during an outbreak of smallpox at Yetminster, Benjamin Jesty (a farmer), ‘reasoning upon the nature of the affection among cows, and from knowing its effects in the casual way among men’, deliberately infected his wife and two sons with cowpox to protect them against smallpox.7 It was not until 31 years later, however, that Jesty’s ‘vaccination’ (as it came to be called), the continuing good health of his family and the resistance of his son to deliberate attempts to infect him with smallpox were eventually recorded in a medical journal.7

A few years earlier, Edward Jenner (1749–1823) had provided the first systematic account of smallpox challenge experiments following infection (natural and deliberate) with cowpox.8 Jenner was a general practitioner in Gloucestershire, and he was aware of the claimed protective effects of natural infection with cowpox. In his published account of his observations and experiments, Jenner first focused on the long-term protection against subsequent exposure to smallpox conferred by natural cowpox infection. He described 15 cases of people who had had cowpox years before being exposed to smallpox, and who had subsequently not developed clinical smallpox. Case I, for example, was a servant who had contracted cowpox in 1770. Twenty-five years later, in April 1795, he and his family underwent smallpox inoculation. Not only did the servant not develop smallpox, but: ‘during the whole time that his family had the smallpox, one of whom had it very full, he remained in the house with them, but received no injury from exposure to the contagion’ (Jenner,8 p.10)