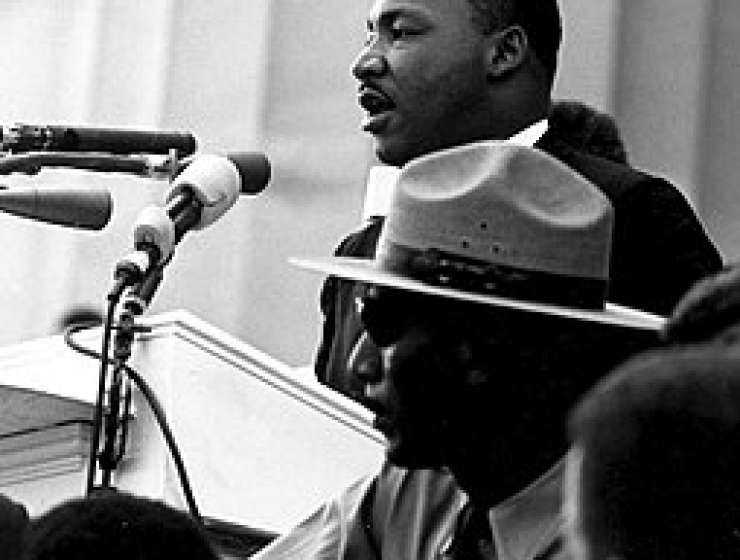 1
170
0
Don't Forget That Martin Luther King Jr. Was Once Denounced as an Extremist
Politics

As Monday’s observance of Martin Luther King Jr. Day approaches, King’s “I Have a Dream” speech at the March on Washington is sure to be celebrated and replayed across the U.S. In today’s popular imagination, the March on Washington stands as one of the most American events of the 20th century—the power of U.S. democracy made real in the quarter of a million people who gathered on the National Mall and the majesty of King’s speech that August day.

At the time, however, that was not the case. In 1963, most Americans disapproved of the event, many congressmen saw it as potentially seditious, and law enforcement from local police to the FBI monitored it intensively (under code name Operation Steep Hill). Indeed, it was after King’s speech at the March on Washington that the FBI—with President Kennedy’s approval—decided to increase their monitoring of the civil rights leader. With the FBI describing King as “demagogic” and “the most dangerous . . . to the Nation . . . from the standpoint . . . of national security,” Attorney General Robert Kennedy signed off on intrusive surveillance of his living quarters, offices, phones and hotel rooms, as well as those of his associates.