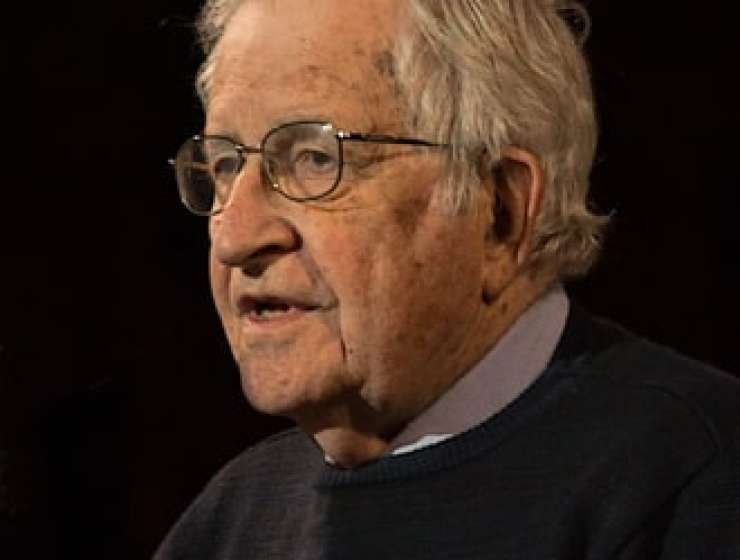 1
229
0
Dismantle All of This Stuff: A Conversation with Noam Chomsky
Politics

NOAM CHOMSKY IS INDISPENSABLE. Just as it is impossible to imagine appreciating the dramatic arts without learning Shakespeare, or loving jazz trumpet without an appreciation of Louis Armstrong, it is inconceivable that one might study contemporary political thought without reading Chomsky.

Beginning in the 1960s, with his manifesto against the Vietnam War, American Power and the New Mandarins (1969), Chomsky has steadily built a prolific body of work that interrogates the deceit of the powerful and illuminates the promise of democratic revolt. His classics include Manufacturing Consent: The Political Economy of the Mass Media (1988), an analysis of the corporate bias of the commercial press co-authored with Edward S. Herman; Profit Over People (1999), one of the earliest and most cogent exercises in demolishing the logic of neoliberalism; and 9-11 (2001), a pamphlet that amplified a rare voice of reason during the jingoistic fervor for war that followed the 2001 terrorist attacks on the United States.

His latest book, Consequences of Capitalism: Manufacturing Discontent and Resistance (2020) (co-authored with Marv Waterstone, professor emeritus of geography at the University of Arizona), consists mainly of lectures they gave to their students in a course called “What Is Politics?” At a moment of converging crises and political upheaval, Consequences of Capitalism provides essential support for activists and intellectuals as they try to envision a freer and fairer world.

Story Continues
lareviewofbooks.org
What Do You Think Of That Genius?