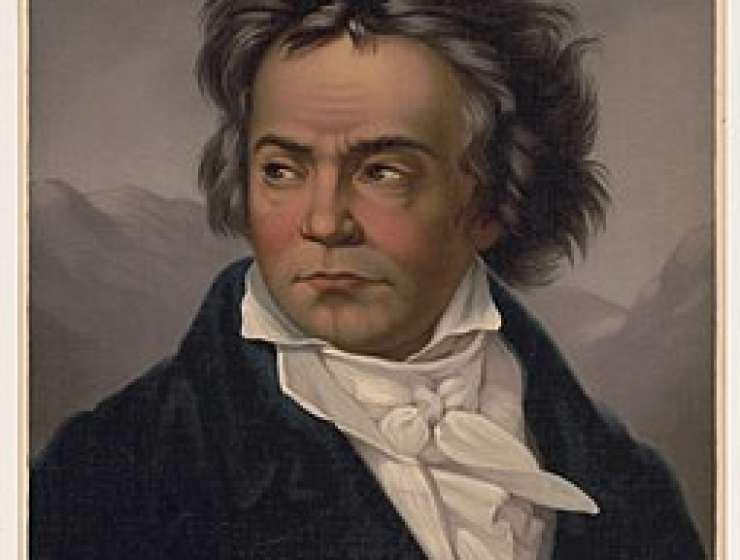 Beethoven began to lose his hearing at age 28. By age 44, his hearing loss was complete, most likely caused by compression of the eighth cranial nerve associated with Paget's disease of bone. Beethoven's head became large, and he had a prominent forehead, a large jaw, and a protruding chin (see picture)—features that are consistent with Paget's disease. Eventually, his hat and shoes did not fit because of bone enlargement.

In the movie “Immortal Beloved,” based on the life of Beethoven, suggested causes of the musician's hearing loss included neurosyphilis and brain trauma related to frequent falls or other physical abuse by his father. Otosclerosis was also suspected. These three theories were discounted, however, by an autopsy performed in Vienna on March 27, 1827 by Karl Rokitansky, the father of modern morbid anatomy. Beethoven's post mortem was the first of the 59,786 autopsies with which Rokitansky is credited.

Rokitansky identified a uniformly dense skull vault and thick and shriveled auditory nerves, consistent with Paget's disease of bone. Further investigation showed no evidence of syphilitic arteritis in the auditory arteries or of recurrent otitis media. The liver, however, was atrophic, nodular, and cirrhotic. Beethoven died of alcoholic liver disease, the result of alcohol misuse by a musician whose progressive hearing loss led to depression.