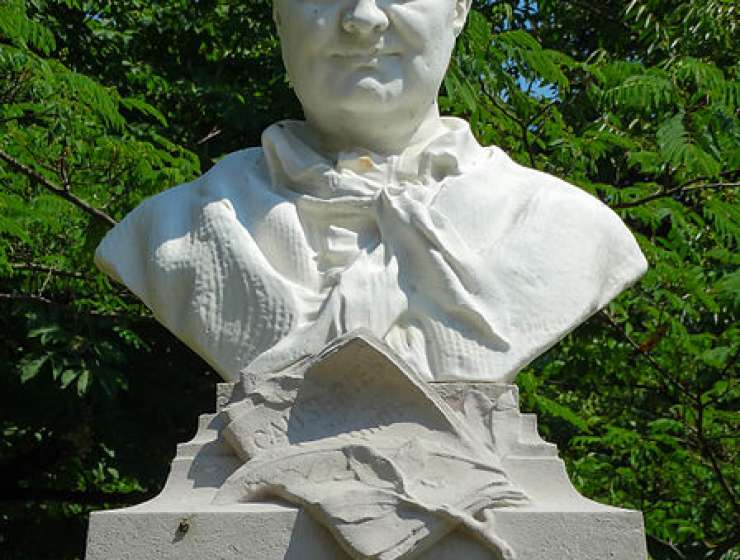 At the center of Contre Sainte-Beuve are three essays refuting the literary criticism of Charles Augustin Sainte-Beuve (1804–69), a prominent French intellectual and member of l’Académie française. Sainte-Beuve championed a form of biographical criticism that saw texts as morally and intellectually inseparable from their writers. Here is Sainte-Beuve, as quoted by Proust:

So long as one has not asked an author a certain number of questions and received answers to them, though they were only whispered in confidence, one cannot be sure of having a complete grasp of him, even though these questions might seem at the furthest remove from the nature of his writings. What were his religious views? How did he react to the sight of nature? How did he conduct himself in regard to women, in regard to money? Was he rich, was he poor?

Such queries led Sainte-Beuve to rank Bernard, Vinet, Molé, Verdelin, Meilhan, and Azyr among the great writers of his time, to dismiss Baudelaire and Balzac as vulgar and Hugo as overly political. History has not been on Sainte-Beuve’s side, and neither was Proust.  A la recherche, the novel that grew out of this early piece of literary criticism, persuasively refutes Sainte-Beuve’s method by bringing into contrast the sometimes sordid lives of its characters and the emotional nuance of their experiences of the world. At the time Proust wrote Contre Sainte-Beuve,
however, this refutation was still taking shape.

Story Continues
campuspress.yale.edu
What Do You Think Of That Genius?