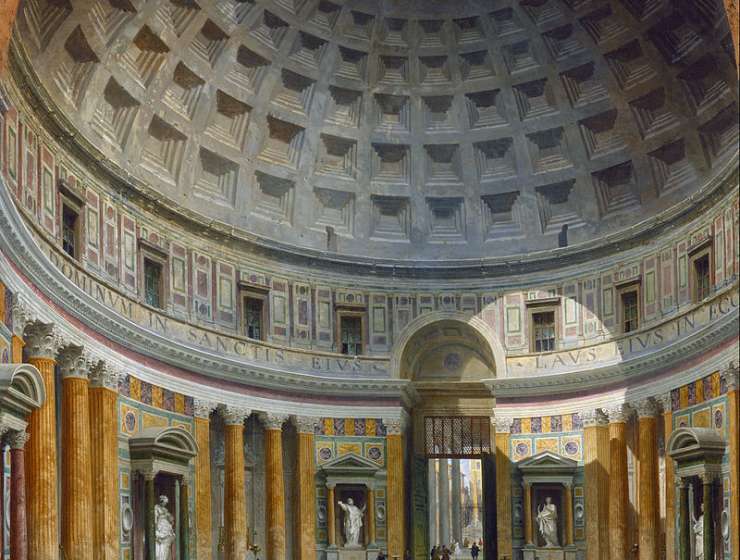 Studies of design principles of Roman temples typically have been based on Vitruvius, which inspired a belief that the colonnade was at the core of the geometric framework of every temple and that the lower column diameter (D) was used as a module to plan all other aspects, both horizontally and vertically. Archaeological evidence, however, shows that most extant temples do not match the Vitruvian model. Scholars have tried to explain the discrepancies in different ways: for example, by claiming that Vitruvius did not describe the actual state of Roman architecture but “what it should be”, that architects had to make “adjustments” to the “Vitruvian ideal” to create a particular effect, or that they had to make on-site corrections.

A few studies have shown that also other design principles must have been at play. P. Barresi, based on the geometric analyses of several temple-podia of the 5th to 1st c. B.C. in central Italy, argued that they were designed and built relative to a square grid.4 He derived the size of each grid-module from the proportions of the rectangles of the temples' bases. He later reached the same conclusion for the temples of the Capitolium at Sufetula,5 while J.-N. Bonneville presented a similar theory for temples at Baelo Claudia. M. Wilson Jones observed that the principal parts of the façades of the Temple of Portunus at Rome and the Maison Carrée at Nîmes formed square contours,7 which he considered a reason for the “irregularities” (relative to Vitruvian principles) in the intercolumniations. He also presented other examples of simple geometric shapes in the compositions of the façades of Roman buildings.