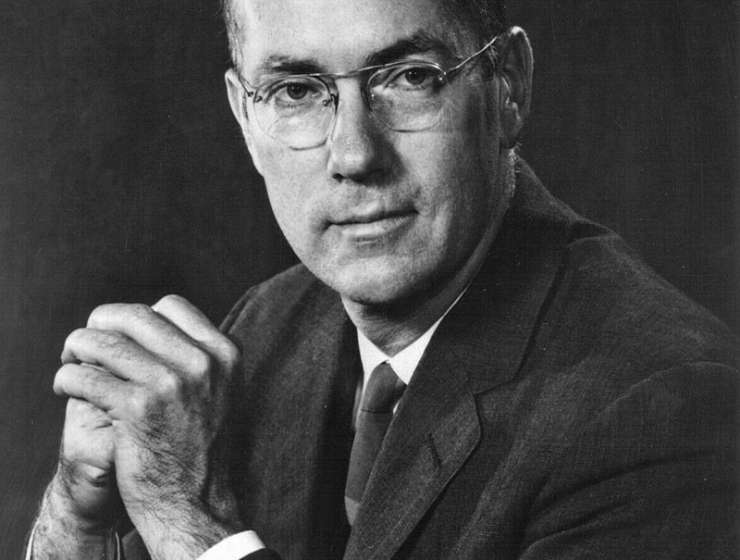 After receiving his 1964 Nobel Prize for maser and laser physics, this OSA Honorary Member pursued his diverse interests in basic scientific research, advised the U.S. government on aerospace and defense issues and pondered deep questions about science and religion.

Early one evening in 2008, a visitor to the Mount Wilson Observatory in Southern California (USA) might have seen a tall, white-haired man using a carbon-dioxide jet to blow dust off the surface of a telescope mirror in preparation for a night of studying the stars. The gentleman wasn’t an aging observatory technician, though. He was a Nobel laureate who had revolutionized much of 20th-century science and technology.

Charles Hard Townes, who died in January of this year—six months short of his 100th birthday—lived another 50 years after winning the 1964 Nobel Prize for maser and laser physics. However, this OSA Honorary Member had interests extending beyond optics and photonics; he described himself in his U.S. National Academy of Sciences profile as an astrophysicist and also wrote articles and gave speeches on the similarities of science and religion.

Story Continues
osa-opn.org
What Do You Think Of That Genius?