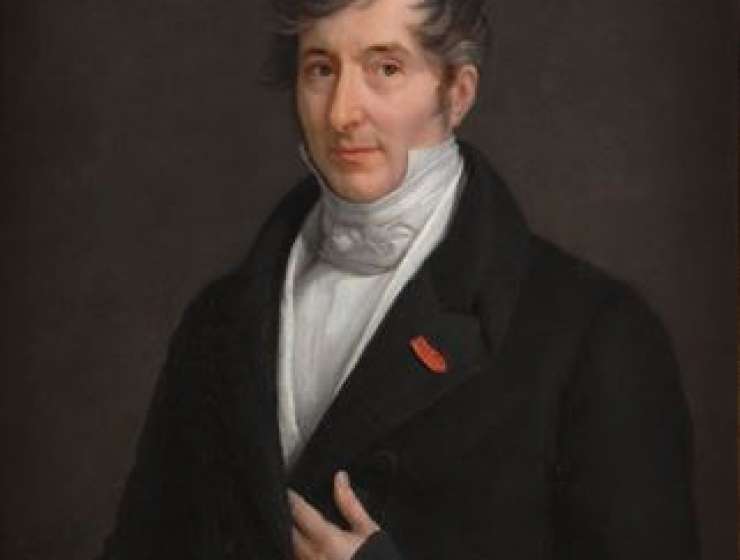 ON March 4 occurs the centenary of the death of Jean François Champollion, the distinguished French Egyptologist, who first deciphered the hieroglyphics. Born on Dec. 23, 1790, at Figeac, in the Department of Lot, he was the younger brother of Jean Jacques Champollion-Figeac (1788–1867), the archasologist and librarian. He was sent by his brother to school at Grenoble, and while there came under the influence of the mathematician Fourier, who had accompanied Napoleon to Egypt, and it is said that the sight of some Egyptian figures first aroused Champollion's intense interest in the East.

From Grenoble he went to Paris to study Arabic and Coptic, at nineteen years of age he returned to Grenoble as a professor of history, and in 1811–14 published his work “L'Égypte sous les Pharaons”, covering the whole history and geography of ancient Egypt. He was afterwards robbed of his chair for a time for political reasons, but, continuing his researches, in 1822 he wrote his important memoir on the hieroglyphics, which was read to the Institute, and two years later he was enabled by Louis XVIII. to visit Italy to study the collections of Egyptian antiquities. His “Précis du système hiéroglyphique” appeared in 1824, his catalogue of Egyptian manuscripts in the Vatican in 1826, and his account of the discovery of the hieroglyphic alphabet in 1827. The following year, with some assistants, he made an expedition to Egypt itself, and on his return in 1830 was appointed to a newly founded chair of Egyptology in the Collège de France. His death took place at the early age of forty-one years on March 4, 1832, and he was buried close to Fourier in the Pere Lachaise cemetery.