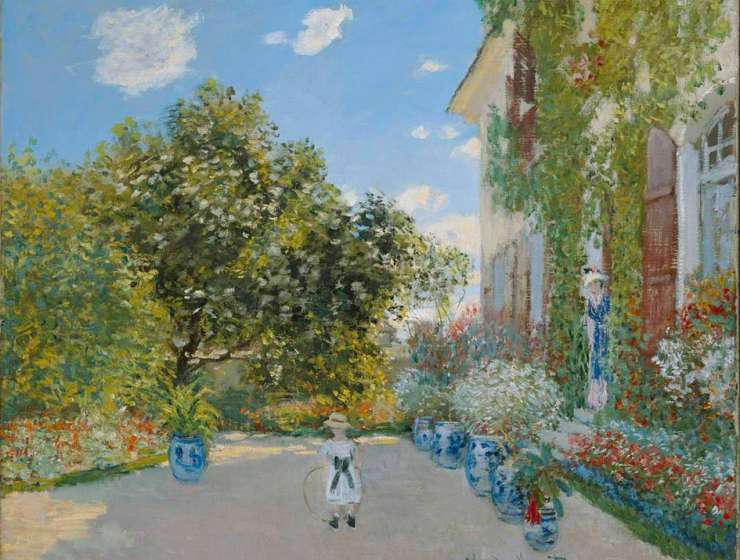 Arguably the most popular and famous Impressionist painter, Claude Monet continues to captivate art audiences around the world. In commemoration of his death on 5 December 1926, we consider some of the defining characteristics of the French artistic genius.

Although his work was initially criticised, Claude Monet is one of the most popular artists in the world. During his career he produced over 1,000 paintings, which is quite an achievement for an artist whose father wanted him to inherit the family business and become a green grocer.

Controversially rebuffing the traditions of realism, Monet sought to capture the essence of nature; the changing light of time and the seasons. He adopted a new way of painting in the 1860s by leaving the confines of the studio and working en plein air – painting directly outdoors. He drew on various inspirations, including the landscapes of J.M.W. Turner and John Constable, whose work he encountered when he moved to London in 1870 during the outbreak of the Franco-Prussian war. London is also where Monet met his life-long friend and patron, the art dealer Paul Durand-Ruel, who not only supported Monet monetarily, but also ensured that the Impressionists exhibited and subsequently sold their work to an enthusiastic American market.