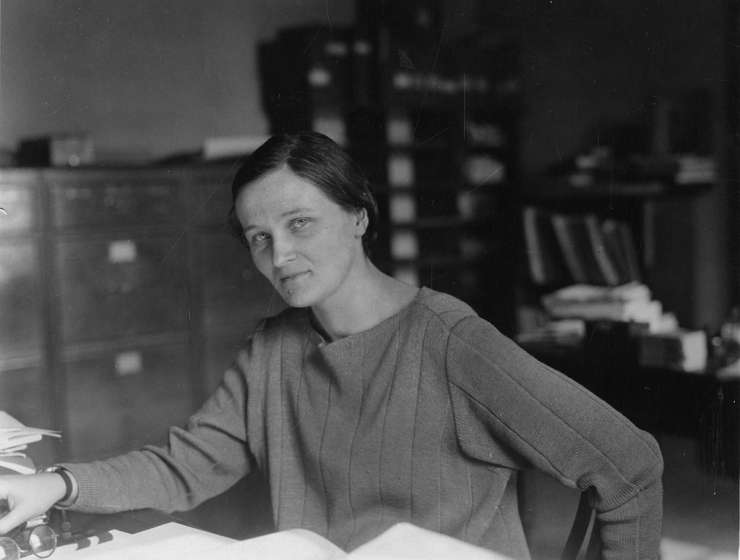 Cecilia Payne made a long and lonely journey from her childhood in England to prominence in a scientific community that begrudged a place to women. She began her scientific career with a scholarship to Cambridge University, where she took the course in physics. After meeting Harlow Shapley from Harvard, she moved to Massachusetts and pursued a doctoral degree in astronomy. Her 1925 thesis, entitled Stellar Atmospheres, was famously described by astronomer Otto Struve as “the most brilliant PhD thesis ever written in astronomy.” By calculating the abundance of chemical elements from stellar spectra, her work began a revolution in astrophysics.

Harlow Shapley liked to say that no one could earn a PhD unless he had suffered in the process. As she neared the end of her doctoral project on stellar spectra, Cecilia Payne wrote, “There followed months, almost a year as I remember, of utter bewilderment. Often I was in a state of exhaustion and despair, working all day and late into the night” [1]. The plight of suffering graduate students is perhaps best expressed by a line from poet Percy Bysshe Shelley, in 1819: “Like the poets, they learn through their suffering what they teach in their songs.”