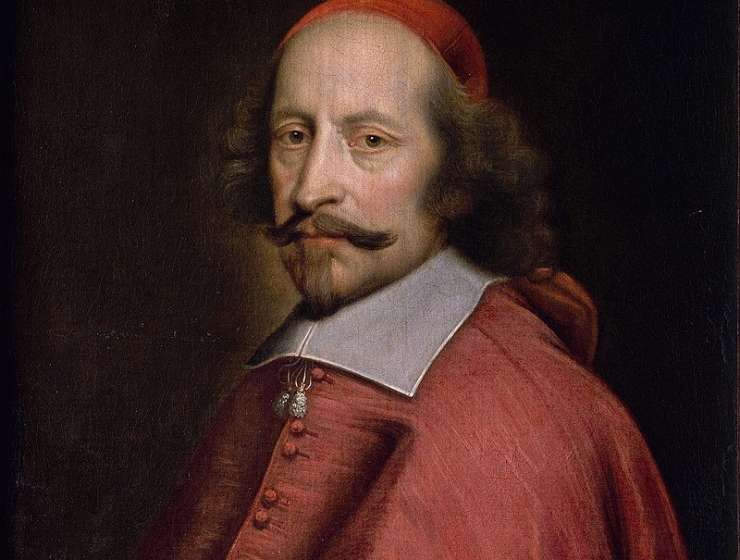 1
244
0
Cardinal Richelieu: the Power behind the State
Religion

Cardinal Richelieu was one of the most famous government ministers in French history. Chief minister to Louis XIII, he set up many well-known systems and institutions and paved the way for the absolute monarchy of Louis XIV.

He was born on Sept. 9, 1585, in Paris. His name at birth was Armand Jean du Plessis. A sickly child, he struggled with ill health throughout his life. His father, François, was the chief magistrate for King Henry III and was serving under his successor, Henry IV, in 1590 when he died. Despite his high governmental position, François did not leave his famiy with much money and so Suzanne de La Porte took Armand and her other four children to live with her mother.

When he was 9, young Armand attended the College of Navarre, training for a career in the military. He arrived in the clergy by a roundabout way. Henry III had granted his family the bishopric of Lucon in return for Francçois's service to the crown during the Wars of Religion. Armand's other brother Alphonse declined the offer, and so Armand offered to take his place. Henry IV nominated him for the position in 1606, but he was too young and so had to get a dispensation from the pope. Thus approved, Armand was consecrated in 1607. He came to be known as Richelieu after the king created the title of Duke of Richelieu just for him.

Story Continues
socialstudiesforkids.com
What Do You Think Of That Genius?