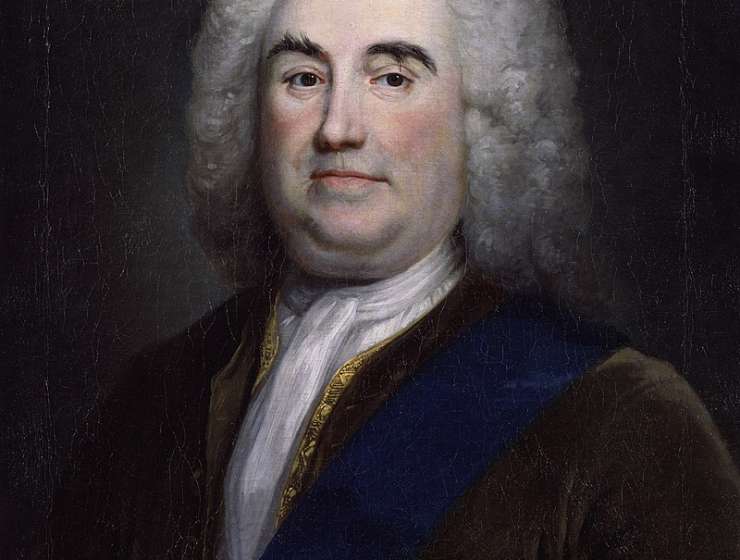 Over the high table at King's College, Cambridge, hanging in the place of honour, is a splendid portrait of Sir Robert Walpole. There he is – short, fat, coarse-featured, jovial, resplendent in the Garter of which he was so proud. But he is not without dignity, nor even without a certain mystery; for his eyes, alert and guarded, hint that his character was not so obvious as, perhaps, he wished it to seem. The same remark may be made of Walpole's career. The lover of peace who carefully avoided sleeping dogs, the cynic who knew the price, of men, the creator of parties, of cabinet government, and of the office of Prime Minister – these nursery and schoolroom myths vanish before the harsh reality: his long pursuit of power: the desperate , calculated risks: his vast appetite for detail: all of which made him for twenty years the colossus of English political life.

By his own superhuman endeavours he held in check the aggressive appetites of English merchants who saw in war an opportunity for commercial plunder, men who afterwards found their voice and inspiration in Chatham, to whom they raised the Guildhall monument, with its proud boast that he was the first minister to make trade flourish by war. But Walpole, hard-headed, obstinate, secure in power, would have none of it. He was too conscious of the great burden of debt, created by the long wars of William and Anne, which pressed like peine forte et dure on the owners of land. Above all else, Walpole wished to ease the land-tax; and to achieve this object peace was essential. As for trade, he thought that efficient taxation, improved administration, and common-sense policy were the only real necessaries for the growth and development of English commerce.