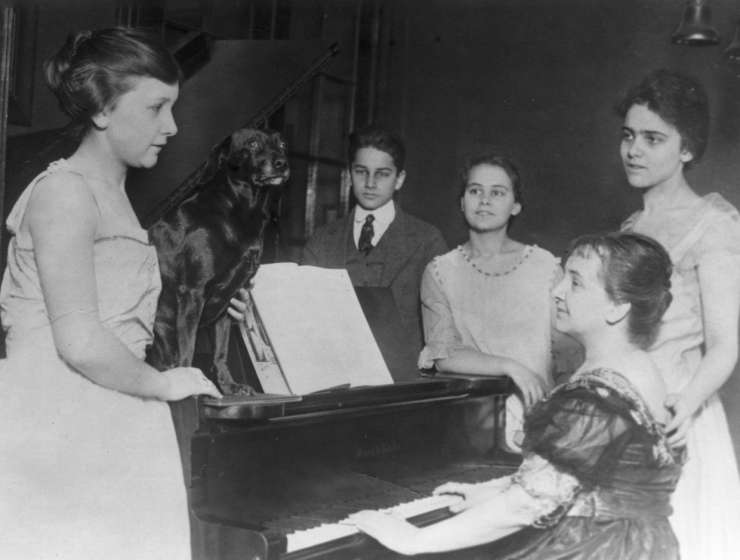 Early each morning for what seemed to be an eternity, a smallish figure walked along Bungtown Road at the Cold Spring Harbor Laboratory (CSHL). Hands clasped behind her back, wearing khaki pants and a crisp white shirt, holding a plaid bag, Dr. Barbara McClintock moved from her apartment to her laboratory with an intense pace and purpose. She was well known on the CSHL grounds, and people would often stop to chat. When they did, they were frequently met with a pleasant conversation encompassing anything from local news to the latest scientific findings. If she had a meeting, Dr. McClintock was always direct but polite in indicating her need to be somewhere else.

There have been many accounts and writings regarding McClintock’s intense focus, her solitude in the pursuit of scientific questions, and her wish for privacy. While her intensity and scientific focus were not exaggerated, Barbara McClintock was also well known as a generous mentor to many, particularly to graduate students, postdocs, and new investigators, and especially women in the sciences. McClintock discovered the movement of DNA transposable elements and investigated their properties for more than half of her long career and was awarded the Nobel Prize in Physiology or Medicine in 1983 (McClintock, 1984). It has been 25 years since her passing on September 2nd, 1992. This memoir is to thank her not only for the extraordinary advances she gave to science, but also for the personal mentoring she gave to younger scientists like us, particularly in the last 10 years of her life.