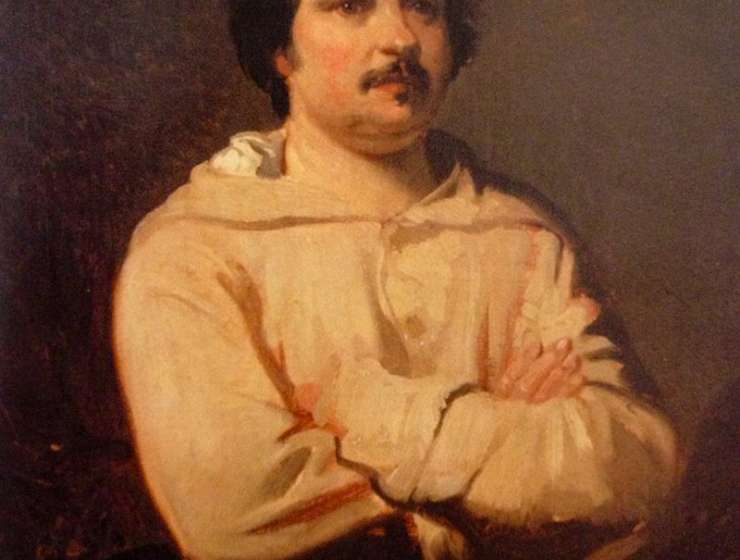 Most sightseers who venture into Paris’ chic, residential Passy neighborhood go there to admire the quarter’s lavish Art Nouveau buildings that have risen up in between the typical bourgeois Haussmannian constructions of the latter half of the 19th century. If they make their way to Rue Raynouard, however, they will come upon an unexpected and picturesque anomaly: a modest, late 18th-century country house and garden–one of the last traces of the old village of Passy. They may be puzzled that such an unpretentious house has survived more than a century of real estate speculation, especially considering the high property values, until they read the inscription “Maison de Balzac” discreetly marked on a masonry wall near the entrance to the property.

Honore de Balzac (1799-1850), the prolific 19th century writer and founder of French realism, lived and wrote here from 1840 through 1847, in a five-room garden apartment rented under an assumed name, Monsieur de Breugnol. Deeply in debt and pursued by creditors after a string of entrepreneurial failures, Balzac went into hiding, seeking “temporary” refuge here, having his young Alsatian housekeeper, Louise Breugniot, sign the lease in his stead. The dodgy circumstances of his seclusion undoubtedly stimulated, if not enabled, Balzac’s overwhelming literary output for that period; for it was here in the peace and quiet of Passy, often working relentlessly through the nights and drinking inordinate amounts of coffee, that Balzac endeavored to write himself out of financial straits. Balzac described his regimen: “To work means to wake up each evening at midnight, to write until eight o’clock, take a quarter of an hour for breakfast, work until five o’clock, have dinner, go to sleep and start again the next day.”

Story Continues
literarytraveler.com
What Do You Think Of That Genius?