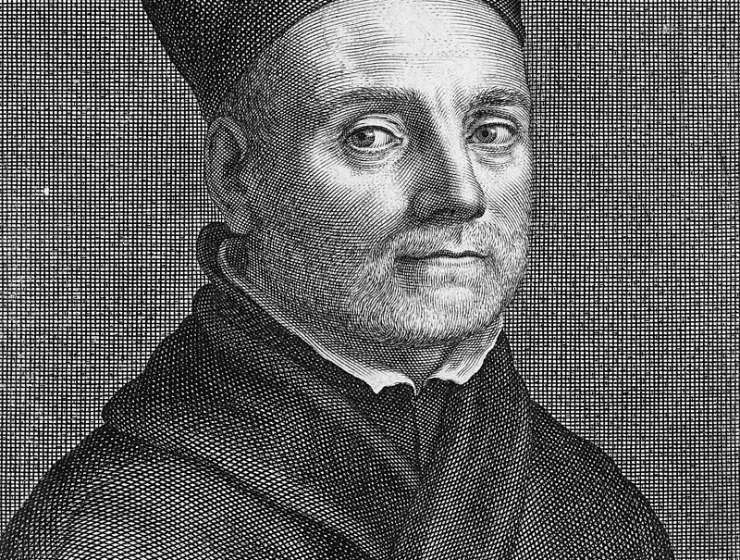 Researching possible origins and theoretical roots of Sound Sculpture and Sound Art it isn’t rare to get to face the oeuvre of Jesuit priest Athanasius Kircher, an intriguing character who has been a point of reference for the work of many artists. We will here attempt to get closer to his poetics and understand which are the elements in his research that foremost might have influenced aforementioned fields.

Athanasius Kircher, the younger of nine brothers, was born on 2nd of May 1601 in Geisa, (near Fulda) Germany. His father, Johann Kircher, doctor/professor in philosophy an theology and an amateur musician, gets him to approach music. He joins the Jesuit Order in 1618 and attends their school in Pateborn. Then, from 1629 he is in Wurzburg university, Professor in philosophy, maths and oriental languages. Kircher is in Rome in 1638, when he is appointed Professor in mathematics, physics and Oriental Languages at the Collegio Romano. In 1651 he founds the famous Collegio Romano Muesum.

Project to which he dedicates himself for thirty years, “father Athanasius chamber of wonders anticipated modern science museums, since it taught whilst entertaining through extravagant experiments and continuously referring to images.” (Lo Sardo, Eugenio., “Athanasius Kircher. Il museo del mondo”, Roma, De Luca editions, 2001, p. 15). He always remains in Rome except from occasional travels around Italy and to Malta, between 1636 and 1637. He dies in Rome on the 27th of November, 1680.

Story Continues
digicult.it
What Do You Think Of That Genius?