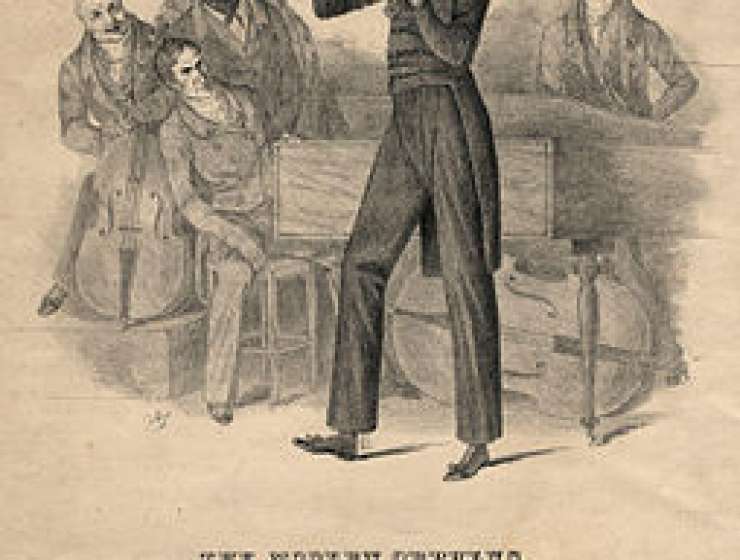 Niccolò Paganini (1782-1840) almost single-handedly established a new brand of performing musician, the touring virtuoso. In a brilliant strategy of self-promotion, he even circulated the rumor that he had sold his soul to the devil in exchange for his uncanny technical abilities. Contemporary eyewitnesses report that during performance “his eyes would roll into the back of his head while playing, revealing the whites. He played so intensely that women would faint and men would break out weeping.”

Urban legend suggests that he had an obsession with gambling, and that he apparently established a gaming house in Paris in 1838, aptly named “Casino Paganini.” Whether there was any truth to this or not mattered little, as the contemporary press loved a good addiction story! Paganini did develop innovative and unique special effects for the instrument, and his exceptional skills and extreme personal magnetism greatly contributed to the history of the instrument. But what is more, his performances drew the attention of other composers to the significance of virtuosity as an element in art. This was certainly true of the 19th century, but in fact, Paganini’s influence is timeless and has reemerged with a vengeance.