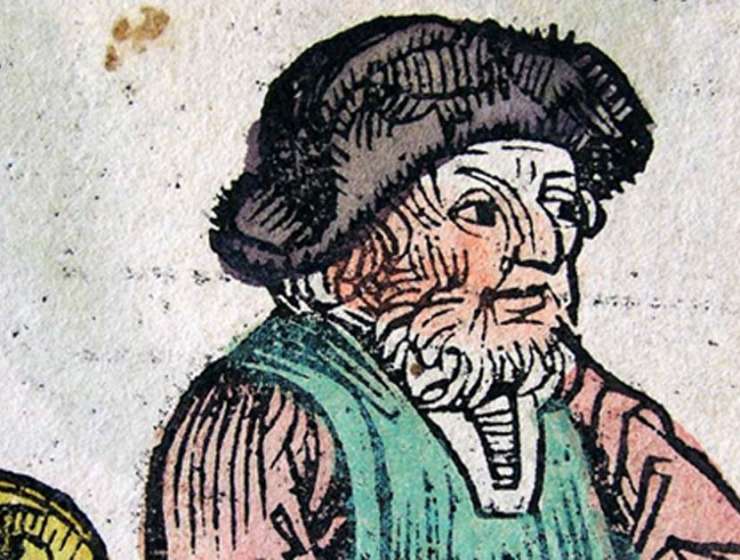 Anaximenes (c. 585 – 528 BCE) is the third person in a series of philosophers from the Ionian city of Miletus. Thought to have been a student of Anaximander (610 – 546 BCE), Anaximenes has sometimes been treated rather harshly by reviewers of the Ionian enlightenment.

To begin with, all of the Ionian thinkers traditionally have been collectively known as the “Pre-Socratics,” as if to imply that their main achievement was to pave the way for Socrates (c.470 – 399 BCE). Though more famous than the Ionians, despite the fact that he left not a fragment of writing, Socrates is not relevant to our discussion of the origins of science — except possibly in a negative way, as he is generally credited with moving Greek philosophy away from scientific matters. Anaximenes also backed off from Anaximander’s concept of the Apeiron, a boundless unseen force theorized as the origin of all matter, opting instead for a concrete, familiar substance. Whereas Thales thought that the essence of all things was water, Anaximenes thought it was air. Viewing the Apeiron as a forerunner to the ideas that Plato and later philosophers would embrace, some have considered Anaximenes idea about air to be a throwback to what they consider more primitive philosophy.

Story Continues
visionlearning.com
What Do You Think Of That Genius?