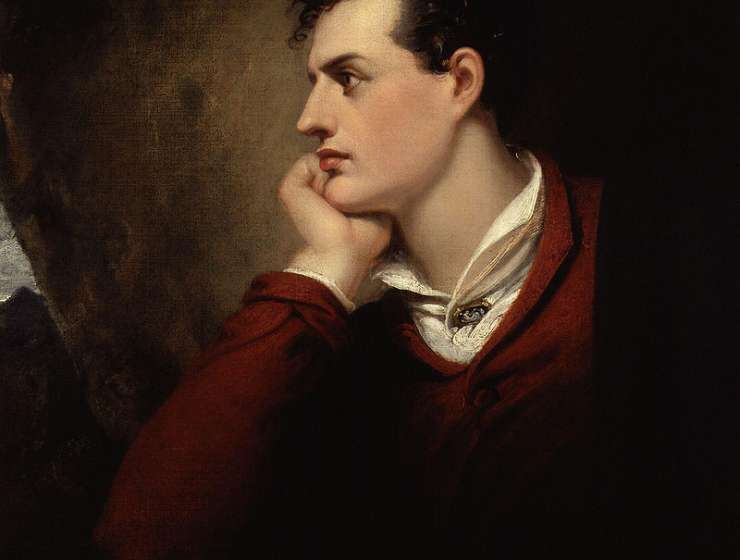 Byron was first and foremost a poet. His output, in every conceivable metre, iambs and anapaests, blank verse, hudibrastics and heroic couplets, terzains, quatrains, sixains, rime royal, spenserians and ottava rima, was enormous. His last poem is written in Sapphics, one of the most difficult forms of all. That his body of work should be so little read, when every year sees the publication of ever more prurient versions of his life, is absurd and disgraceful. Readers who lap up egregious hypotheses about Byron and fail to familiarise themselves with his works are short-changing themselves. Don Juan is by far the greatest comic poem in English. It should be as well-known in England as the Orlando Furioso is in Italy. That it isn't is partly the fault of Matthew Arnold, who sent us all off in a wild goose chase after high seriousness. We labour still under a delusion that comedy is a lower form than tragedy, and can never arrive at greatness or profundity.

The road to a poem as good as Don Juan is long. Byron set out on it in his earliest youth. Wherever he went and whatever else he did, he was reading and writing poetry. When he went from Cambridge to Nottinghamshire in the long vacations, to stay with his mother at Southwell, he took with him poems finished and unfinished. While he was getting up theatricals and partying with a small circle of friends, he was writing more poetry. In 1806 he took 28 of his poems to a firm of Newark printers and paid for their printing. No sooner had the book, Fugitive Pieces, appeared in November that year than he withdrew it. He had a revised text ready, which was published as Poems on Various Occasions only a few weeks later, in January 1807.