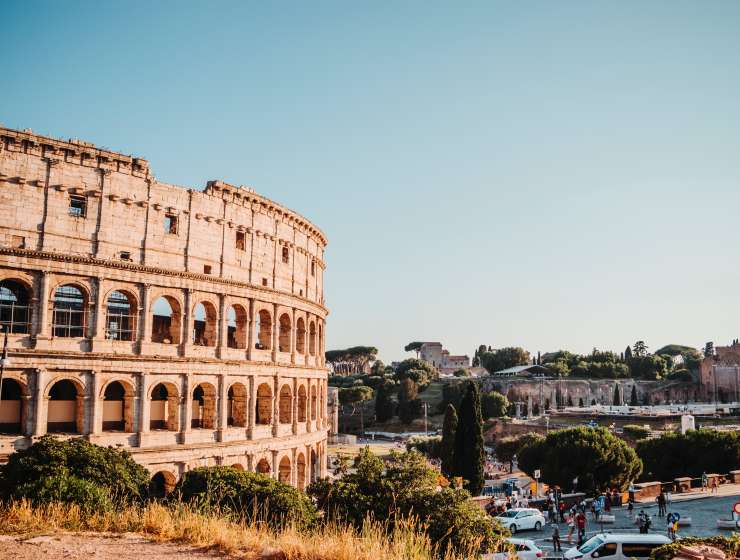 In a fresco high on one wall of the Sistine Chapel, the aged Saint Peter kneels as he humbly accepts the keys of heaven from Jesus Christ standing before him. These two central figures are joined in the immediate foreground by a group of men to either side, some dressed in ancient styles, others in cutting-edge fifteenth-century fashion.

They all have volumetric bodies that suggest gentle movement and expressions of solemn concentration. A wide piazza opens behind them, with figures and the piazza’s paving stones receding in scale to suggest a deep space. Forms on the distant horizon fade into an atmospheric haze. A massive building and two triumphal arches, set at even intervals in the background, convey a sense of balance and geometric solidarity.