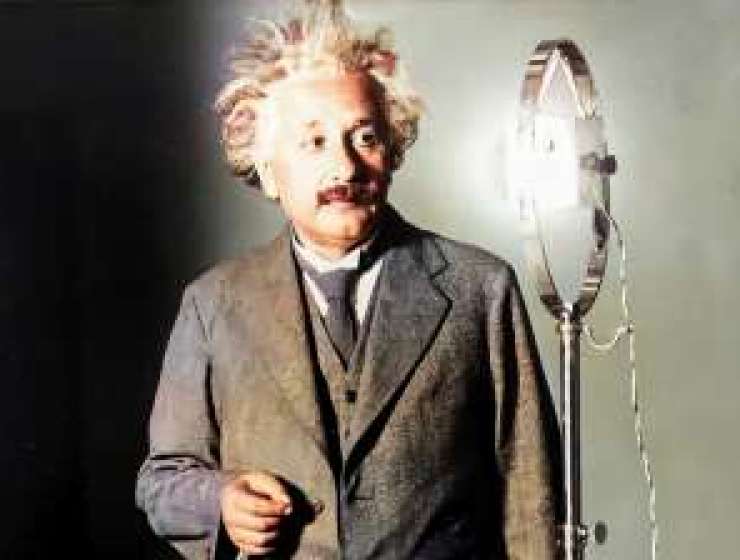 Albert Einstein was born on March 14, 1879 in Ulm, Germany. He was a theoretical physicist and is best known for his theory of relativity and his famous equation, E=mc^2, which describes the relationship between energy and mass.

Einstein was not a particularly successful student in school and struggled with the traditional method of teaching. However, he had a deep curiosity and a love for learning, which he pursued on his own. He was particularly interested in mathematics and physics, and he spent many hours reading and studying on his own.

Einstein's family moved to Munich when he was a teenager, and he finished high school there. He then enrolled in the Swiss Federal Polytechnic in Zurich, where he studied mathematics and physics. He graduated in 1900, and although he struggled to find a job after graduation, he eventually landed a position as a patent examiner in Bern, Switzerland.

It was during this time that Einstein made some of his most important scientific discoveries. In 1905, he published four groundbreaking papers in the scientific journal Annalen der Physik, which laid the foundation for his theory of relativity and his famous equation, E=mc^2.

Einstein was a pacifist and was opposed to World War I. He later became involved in the peace movement and worked to promote international cooperation and understanding.

Einstein was married twice and had three children. His first marriage was to Mileva Maric, a fellow student at the Swiss Federal Polytechnic. They had two sons together, but their marriage eventually ended in divorce. Einstein later married his cousin, Elsa Einstein, and they had a daughter together.

Einstein was a highly respected scientist and was well-known for his contributions to physics. He received numerous awards and honors throughout his career, including the Nobel Prize in Physics in 1921.

In the 1930s, Einstein left Germany due to the rise of the Nazi party and moved to the United States. He took a position at the Institute for Advanced Study in Princeton, New Jersey and became a citizen of the United States in 1940.

Einstein was an advocate for civil rights and was active in various social and political causes. He was also a strong supporter of Zionism and worked to help establish the state of Israel.

Einstein died on April 18, 1955 at the age of 76. He is remembered as one of the greatest scientists of all time and his contributions to physics have had a lasting impact on the world.