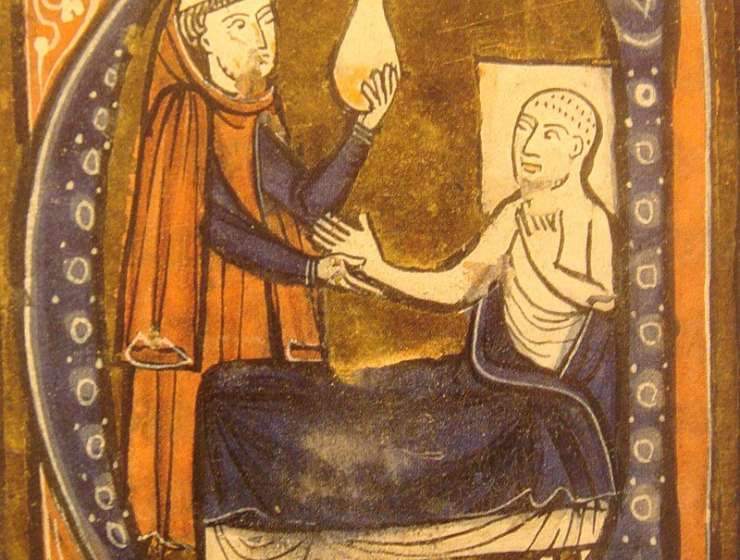 His teacher in medicine was Ali Ibn Sahl Rabban al-Tabari, a physician and philosopher born to a Jewish family in Merv, Tabaristan of modern-today Iran. Ibn Rabban converted to Islam during the rule of the Abbasid Caliph Al-Mu’tasim who took him into the service of the court, in which he continued under the Caliph Al-Mutawakkil. Al-Razi studied medicine and probably also philosophy with Ibn Rabban. Therefore, his interest in spiritual philosophy can be traced to this master.

Al Razi quickly surpassed his teacher, and became a famous physician. He was appointed as director of the hospital of his hometown Al Rayy during the reign of Mansur Ibn Ishaq Ibn Ahmad Ibn Asad of the Samanian dynasty. Al Razi’s fame reached to the capital of the Abbasids. He was called upon by Caliph Al Muktaf to be the chief director of the largest hospital in Baghdad. Al Razi is attributed with a remarkable method for selecting the site of a new hospital. When the Chief Minister of Al Muktaf, named Adhud Al Daullah, requested him to build a new hospital, he had pieces of fresh meat placed in various areas of Baghdad. A few days later, he checked the pieces, and he selected the area where the least rotten piece was found, stating that the “air” was cleaner and healthier there.