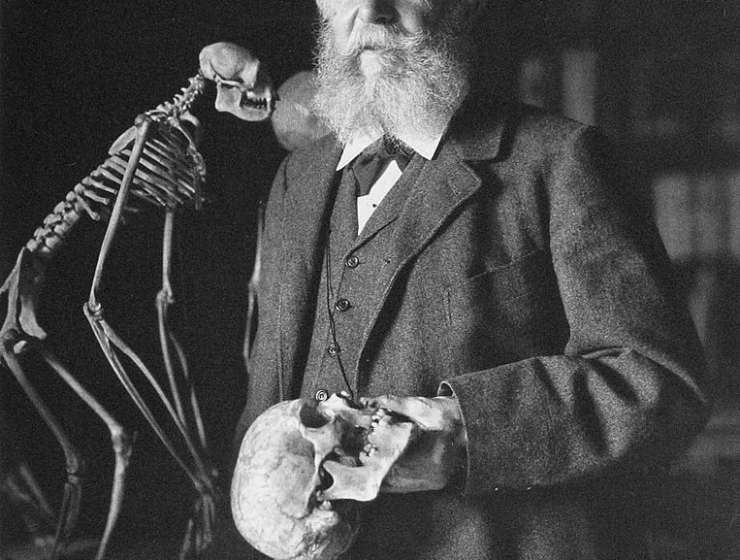 1
274
0
A reappraisal of Ernst Haeckel
Biology

The American Creationists, those folk who believe that the earth was created in 6 days, 6000 years ago, have fought long and hard to get their beliefs included in the science curricula of state-funded schools in the USA. Thus far, they have met with little success. A recent tactic is to claim that Charles Darwin's theory of evolution through natural selection is morally pernicious and should not be fodder for young minds. “Darwin to Hitler” is the new mantra, and it is being pushed non-stop in the mega-churches of the nation.

Making their case, the Creationists at once focus on Darwin's great German supporter, evolutionary morphologist Ernst Haeckel, and argue that he stood in the tradition of Darwin and it was he who fashioned evolutionary thinking into a foundation on which National Socialism could be erected. Nor are the Creationists without supporters in this accusation. Some prominent evolutionists have levelled much the same charge: that Haeckel was a racist, a lousy scientist, and a fraud to boot.

Haeckel has now, however, found his champion in historian Robert J Richards who sets out to change forever the general perception of this man, whom he regards as one of the greatest in the history of the life sciences. Haeckel was born in 1834 in Prussia. He trained as a medical doctor, but always the life of pure science beckoned and soon he was studying minute sea organisms, from the first producing detailed studies of morphology and taxonomy, using his talent as an artist to provide full and detailed illustrations.