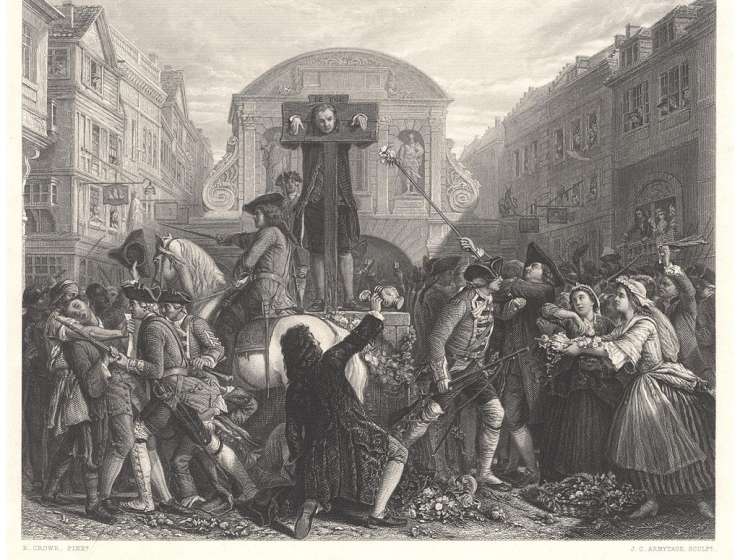 This month, we’re going to read A Journal of the Plague Year by Daniel Defoe, free to read on Project Gutenberg. This has been a popular request, for obvious reasons. It’s a book that will give us some useful perspective on our current crisis. It’s also been a source of wonder for centuries, with its stories of “the face of London now indeed strangely altered”, where, over 18 months in 1665 and 1666, the city lost 100,000 people – nearly a quarter of its population.

The first thing to say about A Journal of the Plague Year is that it is not, strictly speaking, a first-hand record. It was published in 1722, more than 50 years after the events it describes. When the plague was ravaging London, Defoe was around five years old. Defoe claimed that the book was a genuine contemporary account – its title page states that the book consists of: “Observations or Memorials of the most remarkable occurrences, as well public as private, which happened in London during the last great visitation in 1665. Written by a CITIZEN who continued all the while in London. Never made publick before” and credited the book to HF, understood to be his uncle Henry Foe.

But that shouldn’t be taken too seriously: Defoe also claimed that Robinson Crusoe was written by a man who really lived on a desert island for 28 years, and that his book about the celebrated thief Moll Flanders was written “from her own memorandums”. He even put that claim in the latter’s title, which is worth recounting in full: The Fortunes and Misfortunes of the Famous Moll Flanders, Etc. Who was born in Newgate, and during a life of continu’d Variety for Threescore Years, besides her Childhood, was Twelve Year a Whore, five times a Wife (whereof once to her own brother), Twelve Year a Thief, Eight Year a Transported Felon in Virginia, at last grew Rich, liv’d Honest and died a Penitent. Written from her own Memorandums.)