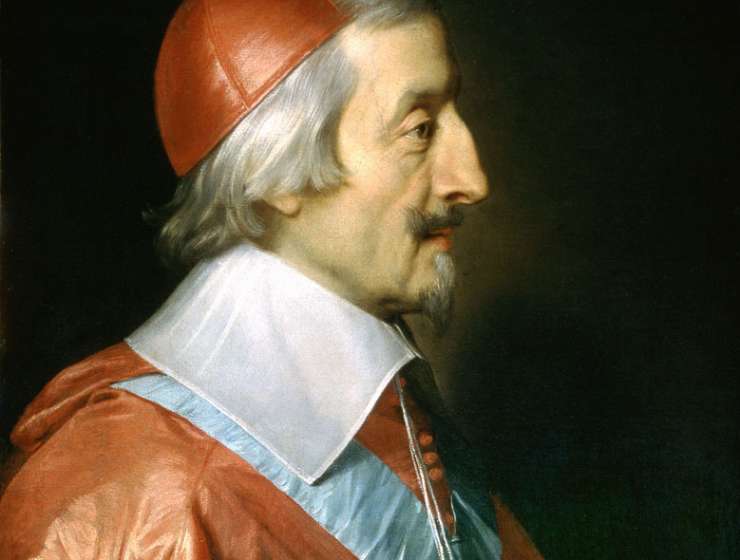 CARDINAL RICHELIEU's seductive yet guarded expression never varies. He looks out from his portraits with heavy-lidded brown eyes. A goatee exaggerates his pointed chin; a mustache adorns his small, finely formed mouth. His face is almost delicate, but his craggy, beaked nose warns against mistaking refinement for weakness.

Armand Jean du Plessis, le cardinal-duc de Richelieu, was the brilliant and ruthless prime minister of France from 1624 until his death at 57 in 1642. A sumptuous exhibition, ''Richelieu: Art and Power,'' at the Museum of Fine Arts here, explores the cardinal's use of the visual arts as propaganda for his grand enterprise -- the invention of the French state -- and for his own advancement.

Richelieu shaped Louis XIII -- a boy suffering from a stutter, an abusive father, a mother who conspired against him, a jealous brother and sexual predilections not conducive to producing an heir -- into his conception of a divinely sanctioned king, the absolute ruler of France. In doing so, the cardinal bound rival nobles and fiefs torn by religious wars into one state governed from Paris, a state that dominated Europe culturally and politically until 1789.